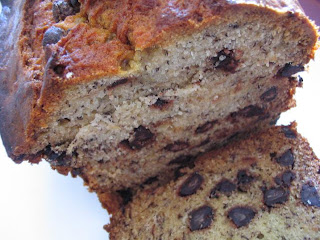 Preheat oven to 325 and grease a loaf pan. Mix sugar, bananas, oil and eggs in a large bowl. Add everything else except chips and mix until almost completely combined, then add chips and finish mixing. Bake for 60-70 minutes or till a toothpick comes out clean.

Here is another updated post, the first post being here. This is the one thing my girlfriend bakes and she has been baking it since she was a kid. In fact the recipe comes from a kids' cookbook that she used to make things from with her mom (which also has a wicked good peanut butter cookie recipe in it, I'll have to make those soon). Despite the recipe's simplicity it's a very good loaf of banana bread, moist and rich with a good banana flavor. Then you toss in some chocolate chips and it's even better. Heh. Ok, we're gonna do this now, but since it's a repost I feel the need to mix it up a bit. So this is going to be action banana bread! 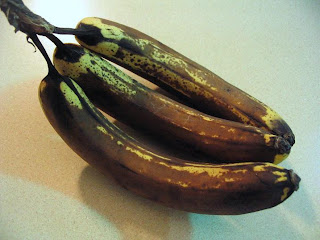 They aren't really being all actiony, but that just means they are preparing themselves. Just wait. Now action sugar pouring! 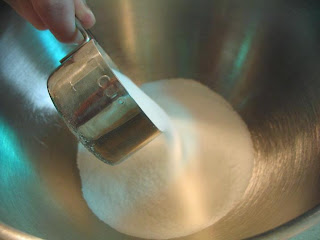 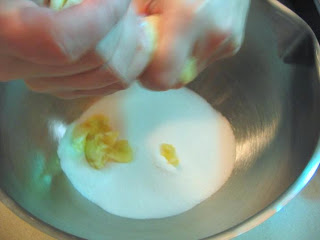 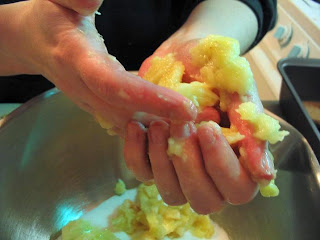 Can you even handle it?! We need oil here, pour it now! 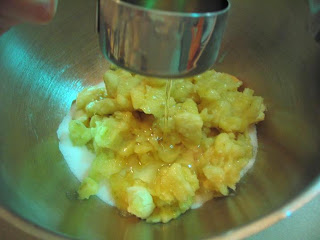 Eggs! Practically flying into the bowl!! 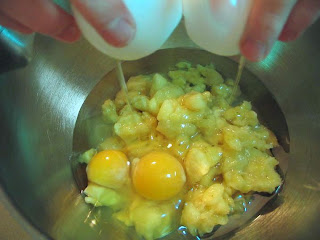 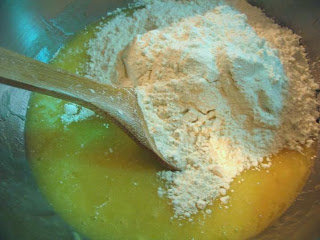 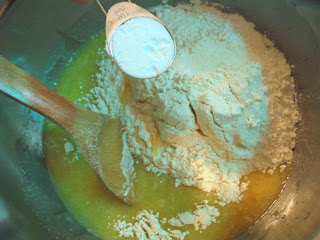 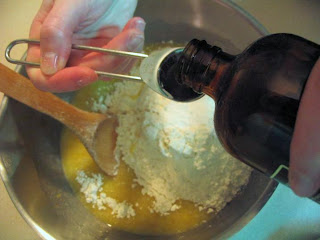 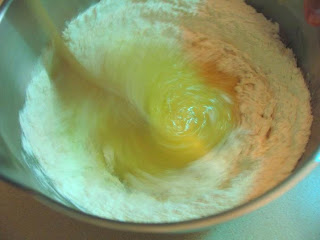 It's like a vortex of excitement! Yes! Chocolate chips! 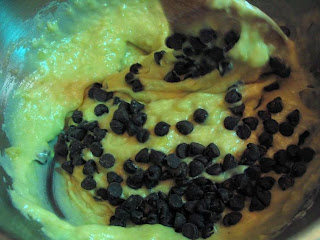 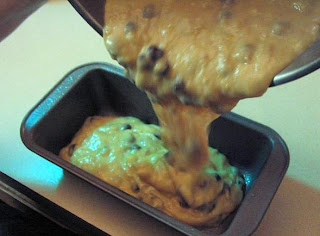 Gwaaaaaaagh! It's ready to bake!!! 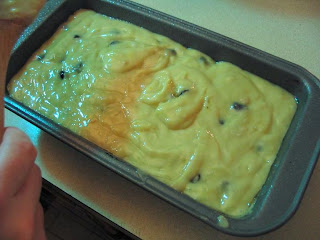 Phew. Ok, enough of that. So, bake it she did and it was good. Then the next morning I decided to borrow a page from Dawn's book and make some banana bread french toast. I just made french toast like normal, only with some of the chocolate chip banana bread. Now oddly enough, even though the bread was quite moist it absorbed the egg like a thirsty something so it didn't get a crust. But man was it good. Now while I agree with Dawn that it doesn't need any syrup, I put some on anyway. 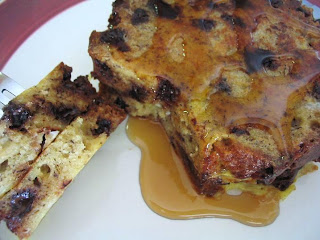 It was like a vortex of excitement! I could barely contains myself.

This sounds like a great recipe. I used to have a Disney cookbook when I was a kid, and I loved it.

Ok, Bob. You clearly need to [sleep|drink|get other meds] [immediately|less|more] (select option(s) which make most sense to you).

no crust? ohhh no! not good. You need to cook that baby for a while to get a crust (at least I did). And I think, that when I made my banana bread I used crisco in it and I'm willing to bet that helped to make a nice crispy crust on the french toast. My hubby still talks about that crust. So, sorry that it didn't happen for ya buddy. Maybe try cooking it in a cast iron pan.

Emily: Thanks! :) This cook book is from Gold Medal I believe.

Brutal: Probably a little of each.

Dawn: Yeah, I think I should have cooked it a bit longer. But it still came out wicked good. :)

I would like to live in a vortex of chocolate chip excitement, please.

the french toast looks awesome, but not quite as yummy as the one Brutal made for Christmas breakfast a few years ago. It was filled with dark chocolate, drizzled with raspberry sauce, and topped with powdered sugar and a spring of mint. *sigh*

Banana bread is everywhere right now! Did we miss the memo? Guess we'll get on our version very soon. :) Using it as French toast=bingo!!!!

I never tire of banana bread! What a high top you have to yours. The French Toast rocks!!!!

OK, now I am careening in a vortex of hunger... LOL

And yay for action stirring!!!

kaje: I bet you would get used to it after a while, like a hot tub. ;) Yeah, I heard about that french toast, I'm going to do something like it soonish I think.

Yum!! I love chocolate bananas and was thinking of making them the other day. I may have to make this instead! :)

Chefbliss: If you do, let me know how it turns out! :)

Your chocolate chip banana French toast looks absolutely amazing. I love to bake and usually wind up with leftover banana bread, next time I'm definitely going to save a piece or two for french bread!

Ah! This is the recipe I have been using for years and I love it! Yours looks so dense and moist and scrumptious! And French toast? Yowzer! Looks delish!

I have been searching for a great Bannana Bread Recipe. I tried this and my family LOVED it! Thank you so so so much! I wanted to know if I could post this on my white trash favorite recipe blog? Of course all the credit goes to you! :) I won't post until I get the go ahead! Thanks:)

Ah this cracked me up.

And I just found this recipe today, but it was made on my birthday! I must try it out now.

This also reminds me of the carrot cake french toast Giada ate when she visited Austin, TX on her weekend getaway show. I've been dying to try it ever since. You might try that next time!

GK Chesterton: “The poets have been mysteriously silent on the subject of cheese.”

Voila: www.tastingtoeternity.com. This book is a poetic view of 30 of the best loved French cheeses with an additional two odes to cheese. Recipes, wine pairing, three short stories and an educational section complete the book.

From a hectic life in New York City to the peace and glories of the French countryside lead me to be the co-founder of www.fromages.com. Ten years later with the words of Pierre Androuet hammering on my brain:

“Cheese is the soul of the soil. It is the purest and most romantic link between humans and the earth.”

I took pen and paper; many reams later with the midnight oil burning Tasting to Eternity was born and self published.

I believe cheese and wine lovers should be told about this publication.