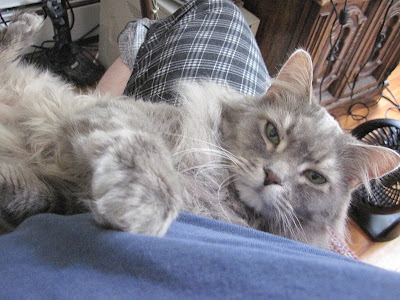 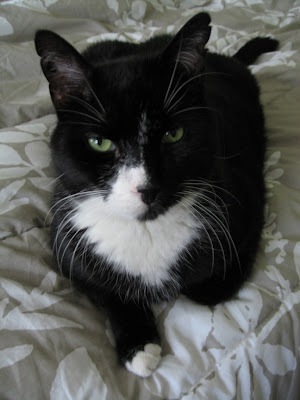 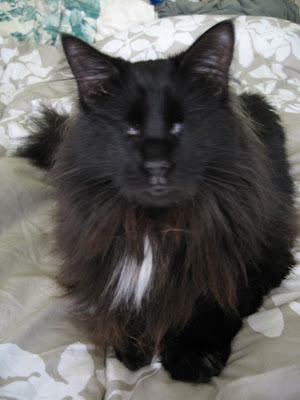 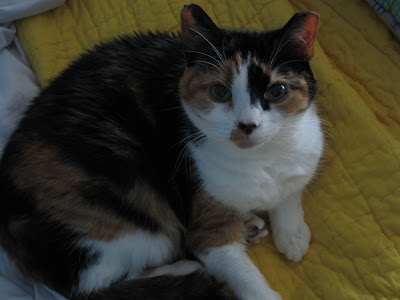 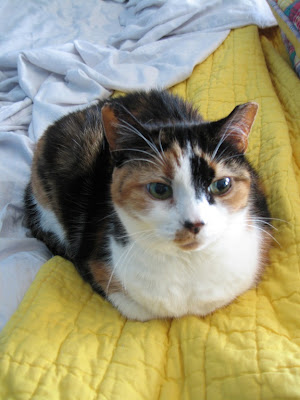 She was something else. So there you have it, a woefully incomplete list of some of the best cats ever. Now, coffee.
Email ThisBlogThis!Share to TwitterShare to FacebookShare to Pinterest
Posted by Bob Labels: cats at 3/25/2012 08:46:00 AM 2 comments 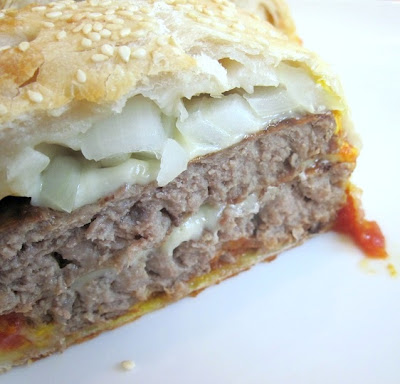 Now this is one of those where you have to wonder, "is this really a calzone? I mean, aren't there guidelines and such? Also... hey, where'd it go? How did I eat that whole thing while I was thinking?!" Heh, because it's really good and doesn't matter, get it? Eh? Eh?

So. Do you have hamburger but no buns? Do you have pizza dough but not the desire to turn that into buns? Well, wrap it around your burger and toppings, cook it and you're all set! Any toppings really, although I honestly wouldn't recommend lettuce, but then cooked lettuce skeeves me out. Most everything else is dandy, me I went the simple, classic route. Ketchup and mustard. 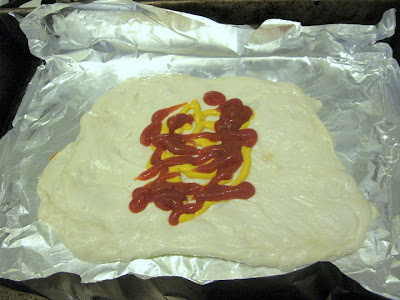 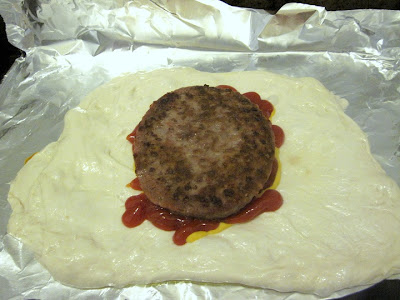 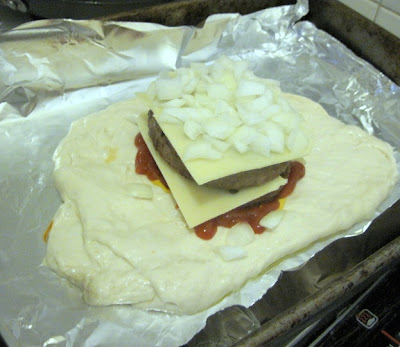 Seal it up, stick some sesame seeds on for nutrition and cook. 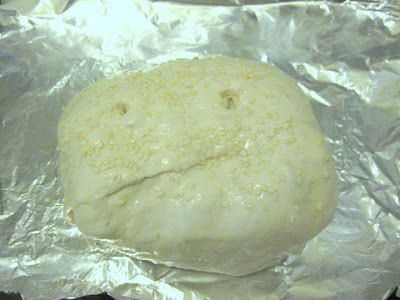 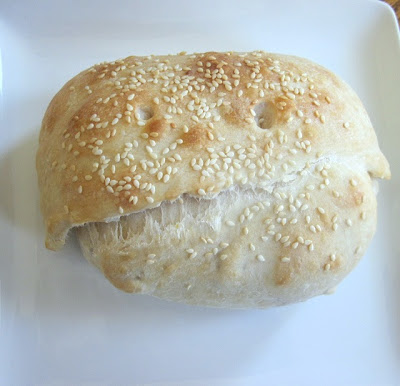 And of course it's wicked good. 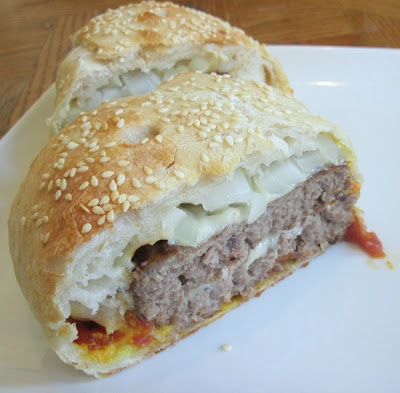 What other kind of things could you fill it with, you ask? Well, bacon. Guacamole. Tomatoes, pickles, sauteed onion, garlic, bbq sauce, alfredo sauce, ham, jalapenos, salsa, pineapple... anything really. Plus if you wanted to keep your veggies cool and crispy you could just stuff them in after it cooks. Of course that's a lot of effort, maybe just have a salad. Or fries. Or another calzone...
Email ThisBlogThis!Share to TwitterShare to FacebookShare to Pinterest
Posted by Bob Labels: bread, hamburger at 3/22/2012 01:21:00 PM 3 comments

The real Bob has decided he's a lap cat now. 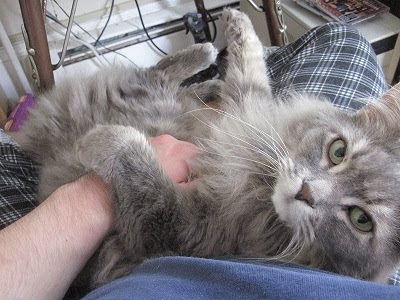 I'm not sure what brought it on, but I'm not complaining. 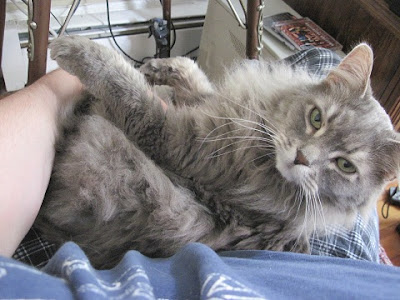 Well, except that he also wants to be in my lap while I'm eating, which is inconvenient. It's almost as though he doesn't think things through. Heh.
Email ThisBlogThis!Share to TwitterShare to FacebookShare to Pinterest
Posted by Bob Labels: cats at 3/11/2012 10:45:00 AM 3 comments 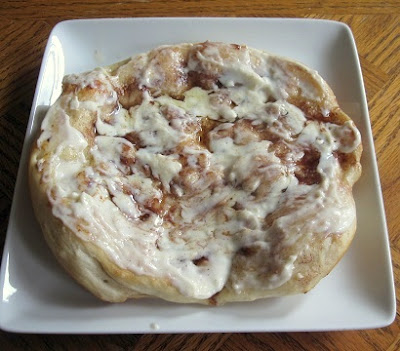 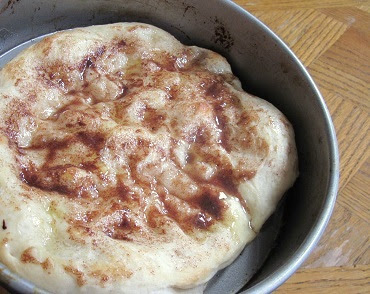 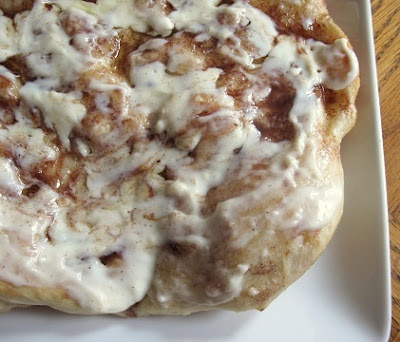 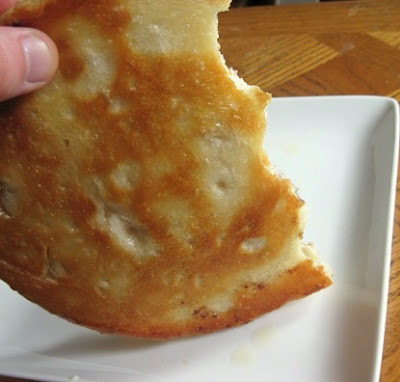 I have now made this several times, although I don't have a recipe written out. I'll just have to make it again and write it all down. Such sacrifice, such selflessness. These are the things I do for you guys. Heh.
Email ThisBlogThis!Share to TwitterShare to FacebookShare to Pinterest
Posted by Bob Labels: bread, cinnamon, cream cheese, dessert, icing at 3/07/2012 09:00:00 AM 3 comments

Yeah, I've got nothing. But here is the real Bob sleeping peacefully. 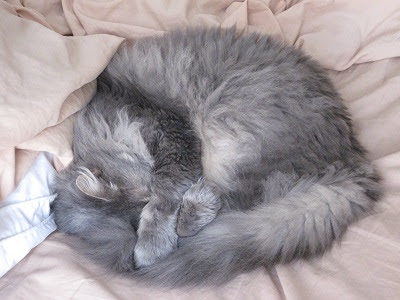 Until I jab him with something. Heh.
Email ThisBlogThis!Share to TwitterShare to FacebookShare to Pinterest
Posted by Bob Labels: cats at 3/04/2012 11:03:00 AM 2 comments