I've changed locations again; now I'm staying with my brother and his wife. So unfortunately, not so many pictures of my friends' dogs. But they do have cats, several of them. I'm going to pad this out a little though and introduce them one at a time.

We're starting with Ree, short for Tiresias (they have eyelessness in common). 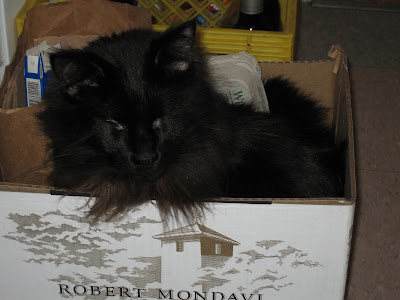 Here she is in my sister-in-law's carefully organized recycling.

She was found as a kitten with a massive infection in her eyes. She was originally going to be put to sleep, but when the shelter staff picked her up she started purring and trying to rub against them and they just couldn't do it. 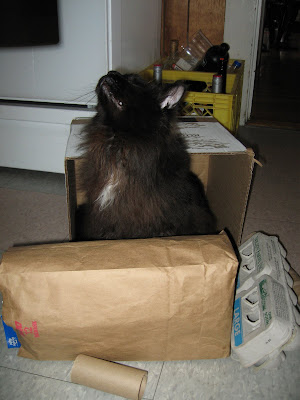 So she got some surgery and now she is fine, if blind. 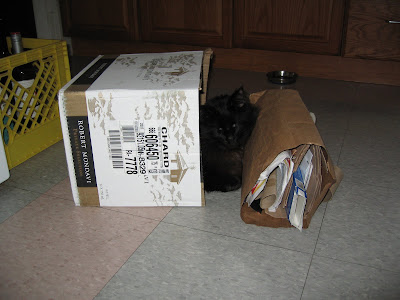 She is also enormous and able to rearrange the recycling to suit her not very rigorous requirements for comfort. She's very affectionate and what with her massive bulk her love can knock you off balance.
Email ThisBlogThis!Share to TwitterShare to FacebookShare to Pinterest
Posted by Bob Labels: cats at 5/29/2011 01:03:00 PM 4 comments

So in the spirit of easing back into things, here is some camera cleanup. Well, sort of cleanup, they're actually fairly new. But I don't feel like writing a recipe today. So look, biscuit cups! 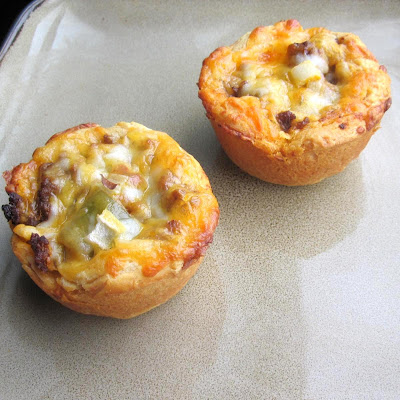 These ones are full of sloppy joe. They also have fresh onion, green peppers and cheese on top since, unlike my ex girlfriend, Dominus and Domina both love onions and cheese. This is a source of pleasure for me.

Also, they have a grill. 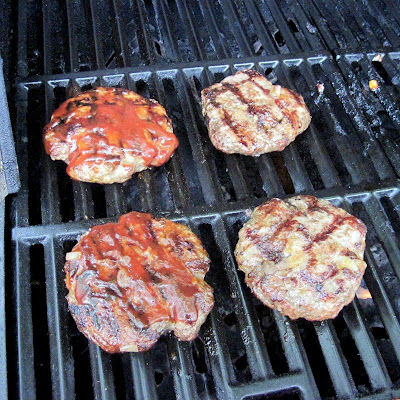 Those are burgers stuffed with sharp cheddar and shallots.

This means this summer I'm busting out all kinds of grilled stuff I haven't been able to do since before I started blogging. I used to grill constantly and I've learned a lot since the last time I had one available on a regular basis. This will be good.
Email ThisBlogThis!Share to TwitterShare to FacebookShare to Pinterest
Posted by Bob Labels: beef, biscuit, camera cleanup, cheese, grill at 5/24/2011 10:58:00 AM 10 comments

So, there have been some pretty big changes in my life lately. I've mostly kept the details of my personal life out of my blogging since not so many of them are about cooking, hence not too interesting. And honestly I don't really plan to change that. But I will sum up what's happened since otherwise there would probably be some confusion.

My girlfriend and I broke up a while ago and I've moved, I'm staying with a couple friends of mine until I can get a place of my own. They have a nice kitchen, even if their stove is electric. That took some getting used to. Heh. It took me a while to think up the needed nicknames for them, but since we'd recently been watching Spartacus, and to earn my keep I'm their houseboy, I've decided to go with Dominus and Domina (latin for lord and lady). It amuses me, but then I'm easily amused.

Unfortunately the real Bob couldn't move with me, so there won't be many pics of him for a while and Noodles will be staying with my ex girlfriend so I won't be able to share any more of her antics either. But despite all the unpleasantness, there is some silver lining. Sometime this week I'll tell you about the food related stuff, today it's going to be about the furry ones. 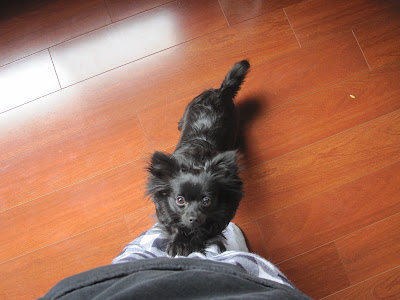 She is a longhair chihuahua named Zelda and she is cute enough that she really shouldn't be around people with heart problems. That is her "requesting" to be picked up and held. Notice, she just barely comes up to my knee at full extension. 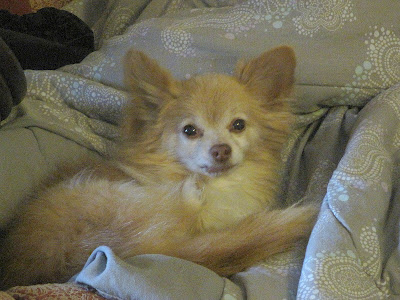 He's really more god than dog, I have some videos of him that I'll be sharing in the future. I blame him for my new, unmanly love of chihuahuas.

Angel is, arguably, the best dog in the world. 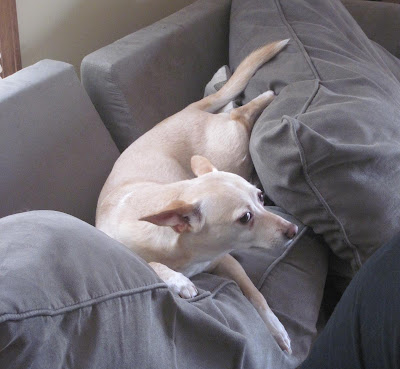 A mysterious mix of chihuahua and something else she is ridiculously sweet, although terrified of almost everything. Like the camera, for example. She will be a challenging subject.

Here is Obi, he's a short hair Persian and this is how I will always think of him. 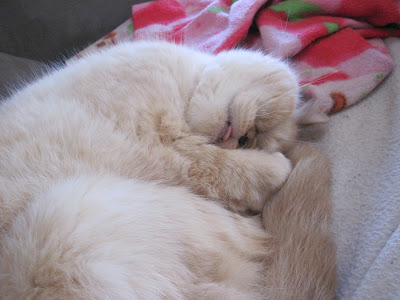 Fast asleep, with his tongue sticking out. He feels like a stuffed animal.

Last but not least, the cat on the left is Maude. 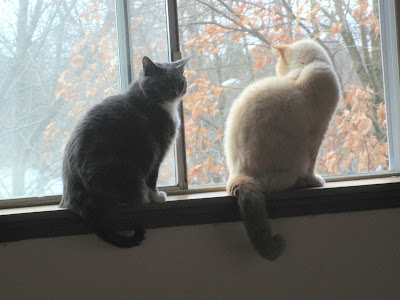 She is difficult to get pictures of since she doesn't come upstairs often. I'm guessing she'd rather not deal with all the dogs, even though Zelda loves her and always wants to play. Hm, on second thought that's almost certainly the reason. Heh.

So, some food posts later this week. I've found out some interesting things about my tastes since I've moved here. Like I like some Indian food. I never knew that.
Email ThisBlogThis!Share to TwitterShare to FacebookShare to Pinterest
Posted by Bob Labels: cats, dogs at 5/22/2011 09:00:00 AM 10 comments