Wow it's been a while, sorry about that. Although these days there's so much good food reading on the net I suppose I don't need to apologize. Heh. Anyway, I haven't been posting because I haven't really been cooking much. Too hot mostly, but I also don't really like cooking for one. I mean there's only so many sandwiches a dude can post, especially since they aren't always as creative as some I have made. I doubt folks really want to hear "ate another turkey sandwich. It was pretty good", you know?

I've also had some writers block, although that sounds a bit too grand for referring to blogging. But there it is. Anyway, I do have some pictures, why not share them? 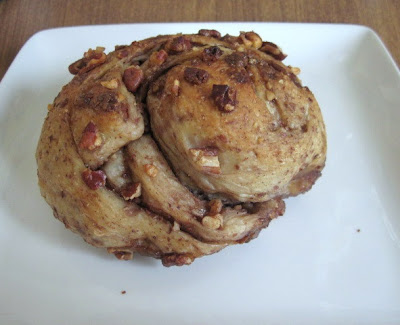 Mmmm, pecan sticky bun. This is another pizza dough thing, but what I did was make a rope of dough that I coated with sugar, apple pie spice, pecans and a little butter. Then I coiled it, put it in a covered bowl and let it rise in the fridge over night. 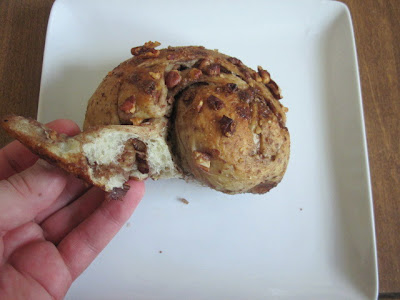 The next morning I baked it and it was awesome.

For lunch, how about some fish I made. 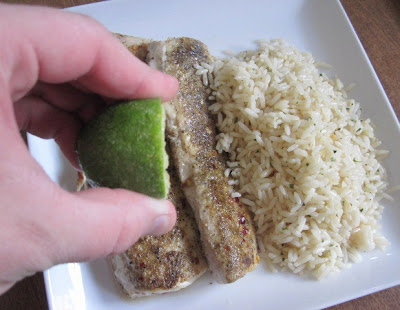 I think it's tilapia, if not then it's mahi mahi, those are the only fish I've had lately. I remember using Mexican spices, I think maybe even the same ones I did this with. The rice was some leftover white rice I had that I tossed in to the pan after cooking the fish making a kind of fried rice thing. Oh and I put some cilantro in it, seemed the thing to do.

I thought this was kind of weird, see the size difference in the yolks? 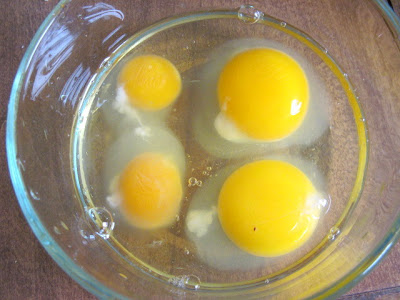 Well the little ones on the left came from the same egg, which was itself shaped strangely. It was wicked long and narrow. Yeah, it's not really that exciting. Heh.

And for dinner? Might I suggest some roast chicken? 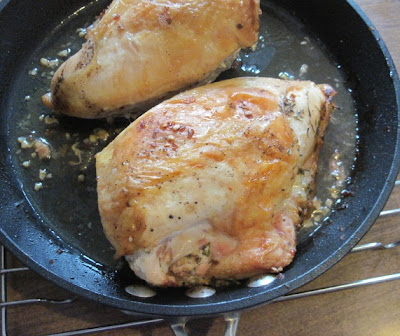 I pretty much used the same method for this as I did for the roasted half chicken. The big difference being, clearly, this was a split breast and not a half a chicken. It was, however, fantastic.

Alright then, there it is. Hopefully this is indicative of me getting my groove back. Is that something a white guy is allowed to do? Perhaps I should get back on the horse, but I'm no equestrian. Maybe put my shoulder to the wheel? I don't know, something. Start posting again, anyway.
Email ThisBlogThis!Share to TwitterShare to FacebookShare to Pinterest
Posted by Bob Labels: baked goods, breakfast, chicken, eggs, fish, mexican-esque, nuts at 7/25/2012 09:59:00 AM 0 comments