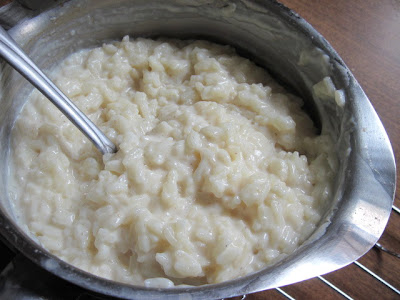 Bring the sugar and milk just to a boil, add the rice and reduce heat to low. Simmer until the rice is tender and most of the milk is absorbed, ~30 minutes (maybe more). Chill in the fridge for a few hours or eat warm.

*different sugars will give you different flavors. I've used brown sugar, white sugar and honey, they are all fantastic.

Mmm, rice pudding. Who knew something so awesome would be so easy? So this isn't going to be a big post where I do a lot of talking and share a lot of pics. Mostly because I don't have a lot of pics, but also because I'm going to be making it again soon and will post about variations in the future. This way I can just link back to this post for the basic recipe. 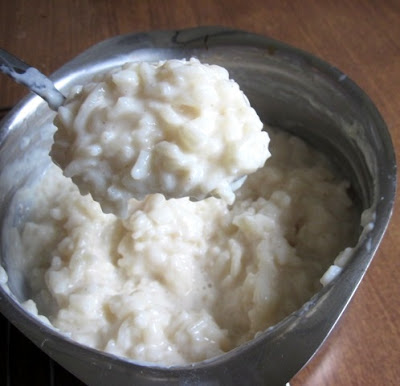 Also I realized I hadn't posted this week... heh. Anyway, is this recipe awesome? Yes. Is it low fat? Yes! Which is good because my doctor very gently guilt tripped me into eating better. So, stay tuned for more puddingy adventures kids, for they are imminent.
Email ThisBlogThis!Share to TwitterShare to FacebookShare to Pinterest
Posted by Bob Labels: breakfast, dessert, pudding, rice at 5/25/2012 10:03:00 AM 1 comments

Found another pic of the Real Bob and Lucy. 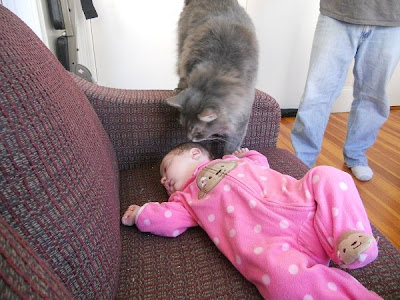 Plus I can't help but love Lucy's monkey onesie. I mean, cmon. And here is the Real Bob sleeping. 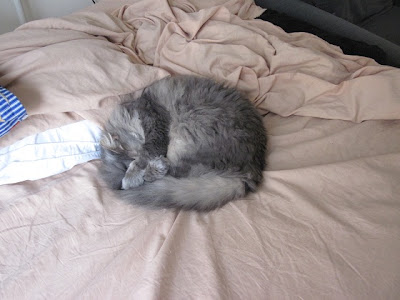 Email ThisBlogThis!Share to TwitterShare to FacebookShare to Pinterest
Posted by Bob Labels: cats at 5/20/2012 09:01:00 AM 1 comments 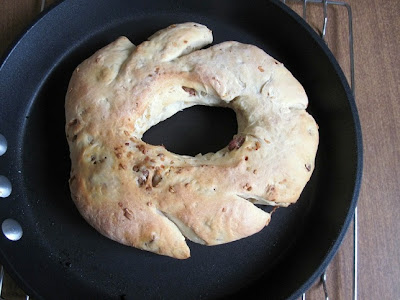 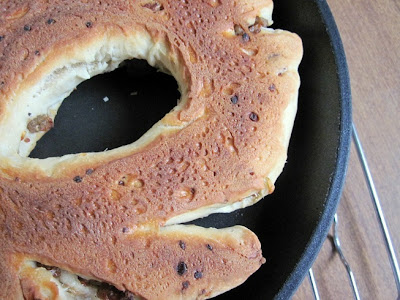 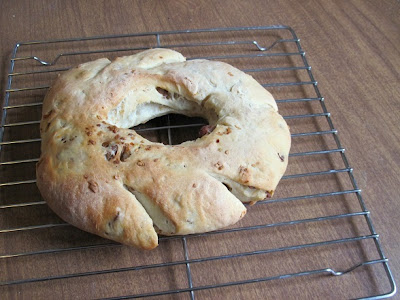 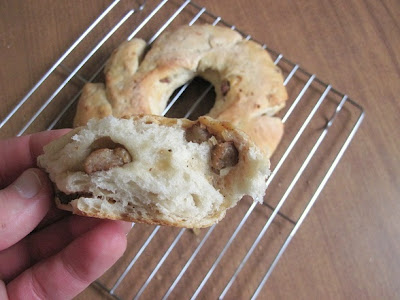 This isn't the same as that (which I'll have to post about sometime soon since it's so good) but it is a variation on the theme. Anyone out there make bread like this?
Email ThisBlogThis!Share to TwitterShare to FacebookShare to Pinterest
Posted by Bob Labels: bread, sausage at 5/17/2012 10:18:00 AM 6 comments

Something Else to Do With Pizza Dough: Hamburger Buns

It's true, you can make hamburger buns out of pizza dough. 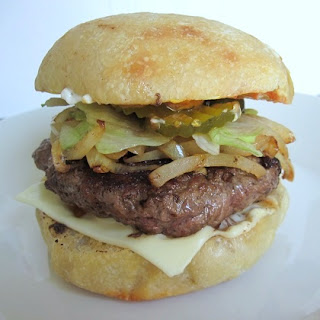 I doubt this is terribly surprising to anyone who has been reading my blog (or has thought about, you know, dough + shaping = everything), since I've already made rolls and cheeseburger calzones (not to mention cheeseburger pizza). Mostly I just wanted to put up these pics. 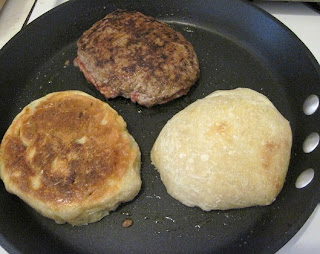 Heh. I don't remember exactly what was on here, but I'm pretty sure it's cheese, sauteed onion, lettuce, pickles, mustard and garlic mayo. I think. What I distinctly remember is that I should have been wearing a bib and eating it over a tarp. What a mess. A delicious, delicious mess. Now, when you make a bun/roll like this out of pizza dough it's not going to be soft like a bulkie roll, it's pretty dense and has some tooth to it. 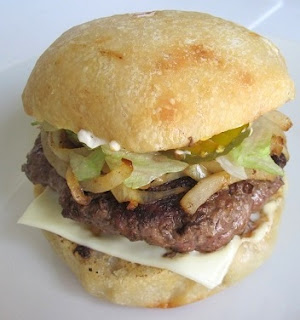 But it also has tons of flavor that can stand up to all the other flavors going on in your average burger. Especially if you, say, brush it with herb infused olive oil before you cook it. I'm just putting that out there. So is anyone else doing fun stuff with pizza dough? I'm always looking for ideas to steal, I mean use. Heh.
Email ThisBlogThis!Share to TwitterShare to FacebookShare to Pinterest
Posted by Bob Labels: beef, bread, hamburger at 5/02/2012 11:22:00 AM 4 comments