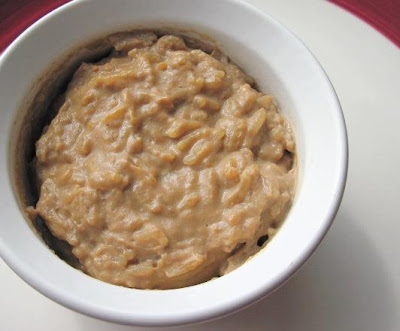 Pour the milk into a pot, put the tea bags in, bring it to a simmer and let reduce until it's about 2 1/2 cups. Add the rice, salt and sugar and let cook until the rice is tender, about 20 minutes, stirring frequently. Whisk the egg and add a couple tbls, one tbl at a time, to it, whisking the whole time. Slowly add the egg mixture to the rice and milk, again stirring the whole time. Cook for another minute or so, until thick. It's best hot.

This was one of those things that seemed like such a good idea at the time but just didn't quite work out the way I had hoped. I was looking for a light, creamy dessert that tasted like a good cup of tea. What I got was some wicked thick goo that tasted like... something else. It's not that it was horrible, it just wasn't that good. I'm going to try it again at some point, make some changes and see how it goes. For one I don't think I'm going to put an egg in next time, I think that is what did in the texture. I also might not use basmati, but that was the only rice I could find around here and I didn't feel like going to the grocery store. The nutty flavor was actually pretty good with the tea, but I think it might have been too competetive. Anyway, here is what I did.

First, as the recipe states, I poured the milk in a pot. 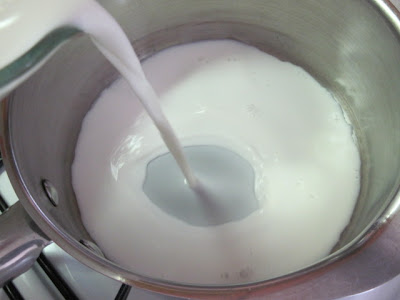 Tossed in the tea bags and let it simmer for a while. 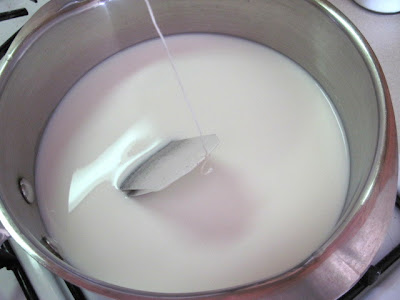 Another thing I might change next is instead of infusing the milk with the tea using a half a cup or so of very strong brewed tea. Then I added the rice, sugar and salt 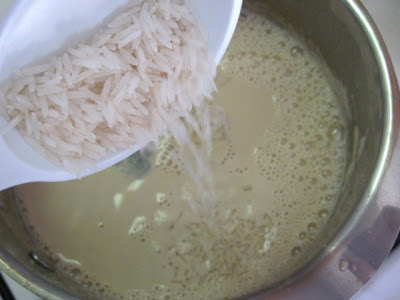 and let it cook until it was tender. I didn't get shots of whisking the egg, or whisking some of the hot rice mixture into it but I assure you that that's what I did next. I took the tea bags out at this point. Then I poured it slowly into rice, 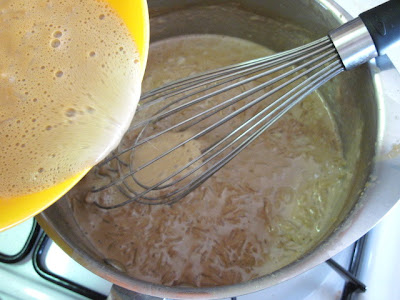 stirring constantly. I used a whisk for this and it broke up some of the rice, which kind of sucked. But it also reincorporated the skin that had formed when I walked away for about three seconds while it was cooking and that was good. So I cooked and stirred until it was thick. 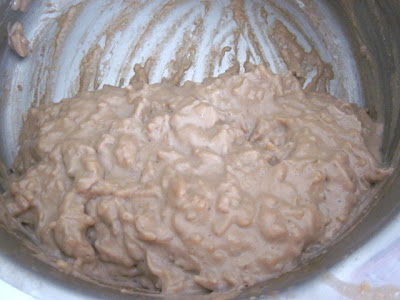 Very thick. Much thicker than I thought it would be. But there it is, black tea rice pudding. 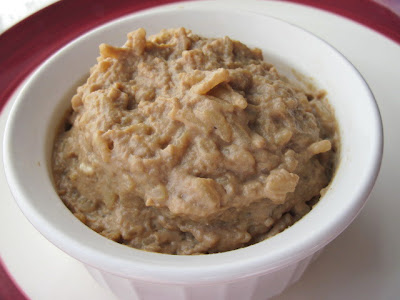 It wasn't great, but I think with some changes it could be. More experiments are clearly needed.
Email ThisBlogThis!Share to TwitterShare to FacebookShare to Pinterest
Posted by Bob Labels: dessert, experiment, rice at 7/21/2009 01:13:00 PM

interesting. Ive had rice pudding with cinn and raisons that was better than I imagined it would be. Did the black tea make it bitter? hmm....you know, this brings a whole new dimension to rice pudding. what if you did a coffee thing instead of tea?

Yeah, it probably would have been creamier if you'd left out the egg, or only used part of it. I always put an egg in my rice pudding and it does come out stiff, but that's how I like it!

I does actually sounds like it would be real tasty... I wonder if I have any Earl Grey left lying around. Can't wait to see the Mods

Hmmmm...some rice puddings are great, others not so much. Onwards & upwards...

Oh it sounded so good Bob, I love how you posted it anyway, even tho it didn't quite meet your expectations. Kuddos...and ya, please post any mods ;)

We support the tea in food. Was it not tea-like enough for you?

I like the whole sound of this! It's a delicious idea!

Danielle: The tea didn't make it bitter, which I was a bit worried about. How about mocha rice pudding? That might be the next thing I try...

Karen: I think the texture would have been fine if it had been a richer flavor, but with the lighter taste it was a bit much.

Culinary Alchemist: Hm, I bet EG would be even better with it. It's a bit more assertive.

DD: It did sound good and it still might be in the future. And hey, I never claimed to be perfect. I'm not the type to only post my success, that's why I have a "fail" tag. ;)

Duo: There was decent tea flavor, the whole dish just wasn't quite what I wanted. I just need to work on it is all.

Reeni: Thanks! Now if only I could get the real thing to be like the idea.. :)

I would think you would have to balance the possibly bitter tea with sme sweet? It sounds interesting though.

even if it didn't turn out exaclt ylike you wanted, it's fun to take a concept and try it out in the kitchen. I love culinary experiments! Have you tried with matcha? If you're a fan of green tea, flavouring rice pudding with matcha is a great call, just remember to use very very very tinsy amounts, otherwise it goes bitter!

The idea is interesting, sorry it didn't turn out as you expected.
I saw a blog contest recently called Let's eat some tea, with lots of recipes for food including tea

experimenting is a good thing and this rice pudding looks like a great thing...

I LOVE rice pudding! But never had tea in mine, but coming to think of it, must taste delicious!

It's always worth a try. Nothing ventured, nothing gained.

Although it didn't quite turn out as hoped, the concept is great! How about cooking the rice first in brewed tea? Basmati is not as starchy as other rice so the creaminess issue without egg might be solved by using Thai jasmine/milagrosa rice which cooks up a little stickier.

I think tea rice pudding has such potential! Please let us know if you keep experimenting with it!

I made rice pudding all the time! I don't know if you want to try it the way I make it, but I actually use leftover rice. That way, it doesn't get so soggy. I heat the milk and old rice together along with some sugar and cinnamon and let it heat before it starts sticking and forming a crust. Then I take it off the heat and put a lid on top of it to let the rice absorb all of the milk.
The tea variation sounds really cool!

This is a really good idea...I can almost taste what you were going for...unique for sure! I may have to try it next time we get a little rice pudding going.