All right, first the steak. 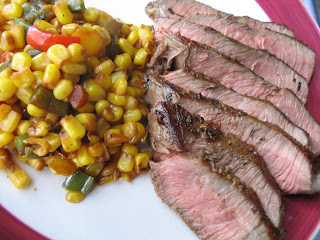 No real recipe for this I'm afraid (apparently that's going to be a theme for Saturdays, along with reviews), it's really just a method. But here's what you need:

All we're going to do is sear the steak then plop the frozen veggies into the hot, fondy pan. Then you stir the veggies around till they are cooked how you like and that's that. So I guess there's the recipe... but here're the details.

First, steak. I used a chuck steak. Normally not the best for pan searing, but I'm not a steak snob and I don't really mind if it's not perfect. Plus it has a great, strong beefy flavor. And it's what I had. So I rubbed it with herbs. I used some salt and pepper and the grilling spices from Daregal. 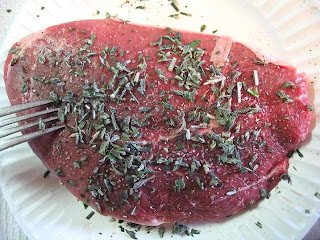 The spices in that blend are thyme, rosemary, savory and parsley, they went really well with the steak and the corn. Once the steak was ready 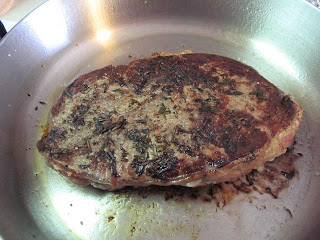 I pulled it off to rest and tossed the peppers into the pan, 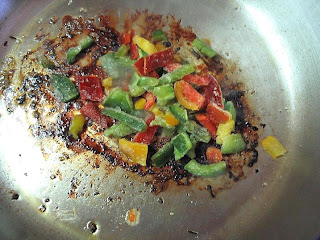 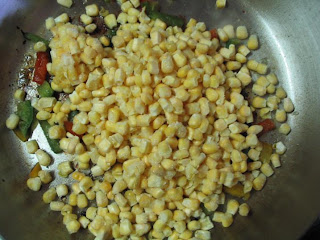 The water that the frozen veggies put out deglazed the pan (although a splash of red wine wouldn't have hurt, heh heh) and then they got coated with the meaty, herby, salty and peppery flavors. Stir them around, let the liquid simmer off and that's that. 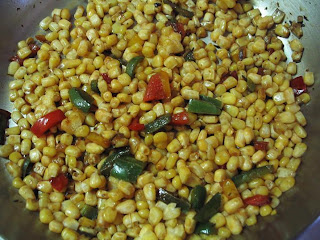 Well, unless you don't think it's rich enough and want to put a pat of butter on there. 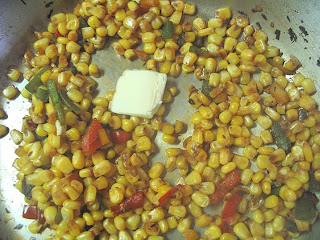 That never hurts. So there it is: pan seared chuck steak with corn and peppers. 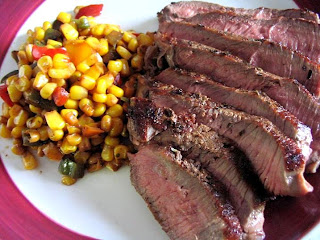 Now the review. I recently got a couple bottles of Country Bob's All Purpose Sauce to try out and I figured that this was a great time to do it. 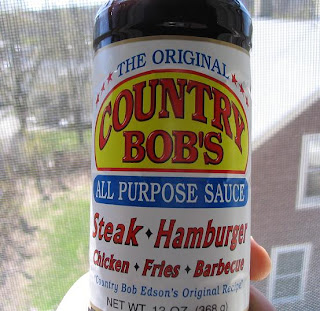 So I dipped my steak in and gave it a shot. The verdict? It's ok. It's like a cross between A-1 and a bottled barbecue sauce. Sweet, but it still has that steak sauce flavor. I enjoyed it well enough, I'll use what I have, but I won't seek it out when these bottles are gone.
Email ThisBlogThis!Share to TwitterShare to FacebookShare to Pinterest
Posted by Bob Labels: beef, frozen veggies, one pot meal, recommended side, review at 4/25/2009 12:00:00 AM

Okay seriously I need to get some of this dang sauce that has taken over the internet!

I liked that sauce and agree that I could taste A1, which I love more than BBQ sauce. No stores carry it here so I can't get more without ordering over the internet.

That is too bad I haven tried any of that sauce you've mention here. Your steaks look good, and I love the corn side dish.
Cheers,
elra

Your steak looks real yummy and so does that tasty corn side dish. I am supposed to be getting some of that sauce too that I am seeing everwhere. Your the first person I've seen that has said they aren't crazy about it.

Oh heaven's Bob I always get so hungry when you post these beef recipes. Do you like corn relish? I can't get enough of the stuff, love it on steaks and hot dogs baby!

noble pig: Heh, I bet they would love to send you some samples in exchange for a review. ;)

Karen: I haven't seen it in stores here either.

Reeni: Thanks! You can't please everyone all the time and all that. Heh. I didn't hate it, it just didn't do it for me.

Dawn: I don't think I've ever had corn relish. I'm intrigued by the idea though.

Nice way of doing the Veggies (Corn) there. I also like the choice of Herbs.

Love your dinner. That corn side dish will make its way to my table this summer season. And the stea is gorgeous!

I really like how you can make the side dish as the steak is resting! So very efficient and so very delicious.

this looks so good, i could eat your pictures off of my screen and i just had dinner not too long ago!

The steak sounds excellent and I also love to make corn for a quick side dish - Yum!

How did you manage to get a sauce named after you?
This is the perfect summer meal!

Van Santos: Thanks! I was pleased with how the timing worked out, it took just as long to cook the corn as the steak wanted to rest. Can't beat that!

Tangled Noodle: Heh, thanks. It's probably the only efficient thing I do.

Culinary Alchemist: Get working on that food fax and I'll send you some next time. ;)

That corn side dish looks great. I get so tired of dumping a can of corn or green beans into a microwave bowl. Blah.