It's My One Year Blogiversary! I Made Cake! 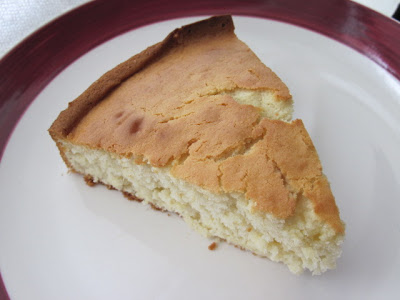 Preheat the oven to 350. Combine the flour, baking powder and salt, set them aside. Cream the butter and sugar. Add the egg and vanilla, mix to combine. Add the dry mix, stir, then the milk. Beat for a couple minutes (o n medium for 1 minute if you're using an electric mixer). Pour into a greased 8 1/2 inch round pan and bake for 20-30 minutes or till a toothpick comes out clean. Cool for a few minutes in the pan then turn out onto a rack to cool completely.

That's right, it's been a year since I started doing this to kill time during a period of unemployment. I know it's a cliche, but it really doesn't seem that long ago. I've met a lot of great people because of blogging and improved my cooking skills immensely. It's been a really good time all around. But I think I'm going to move straight on to the cake before I start getting all emotional. Heh.

I bet a lot of you are thinking, "Ok, that's great and all, but what about the kind of lame recipe up top?" Well, that's "Busy Day Cake" from the 60's Better Homes and Gardens cookbook and it was the first cake I ever made. And since I'm poor and can't afford to give away cool stuff you're going to get nostalgia for my one year post. Some of you have heard this story before, it's in my profile at Bakespace, but I haven't put it up here yet. So.

My mom always did a lot of cooking/baking when I was a kid. I would sit on the counter and "help" her by pouring pre-measured cups of flour or slightly eaten cups of chocolate chips into the bowl. As I got older my helping became more helpful because I could fetch stuff or stir something while she got stuff out of the fridge or chased a toddler she was taking care of around. It was fun and it really kick started my love of cooking. So one day when I was eight years old I walked up to my mom and said,

She looked me over, walked over to her wall of cookbooks, pulled down the BH&G one (you know the one, the red and white check cover, it's been around forever), opened it up to this cake and handed it to me.

"You know where everything is," she said and walked off.

So I made a cake. And a mess. But it turned out just like it was supposed to. Which I guess isn't too surprising, since this cake is practically foolproof. But it was still very exciting for me to have baked a cake. Which of course I then got to eat. Here's how you make it. 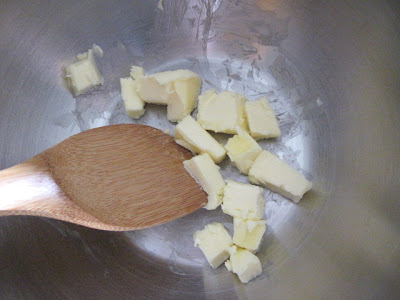 Because what kind of cake recipe would it be without it? Sugar, 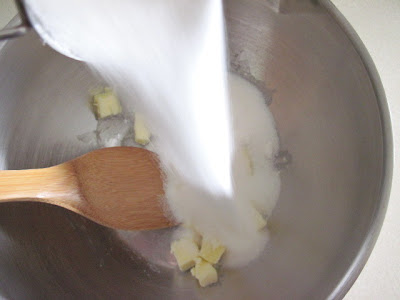 also key. Then you cream them together a bit. 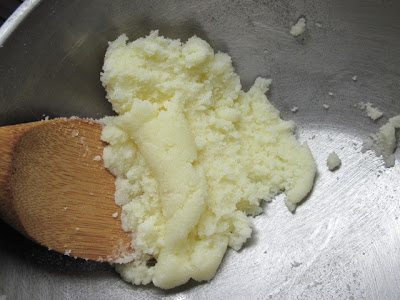 No need to go crazy, this isn't a delicate confection. Add an egg 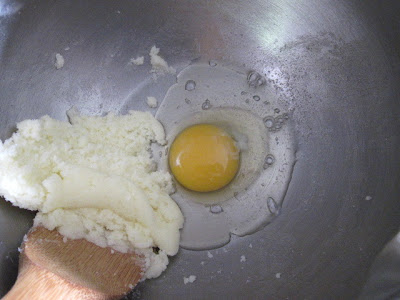 and start to mix it before you realize you forgot the vanilla. Add that. 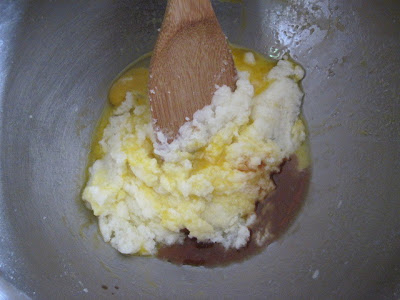 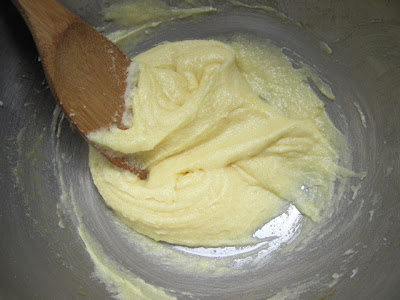 and add the dry ingredients. 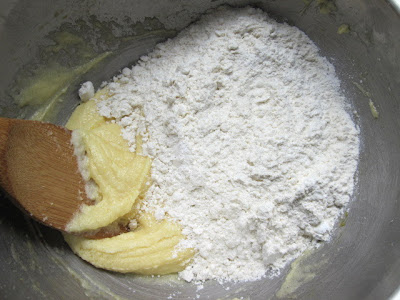 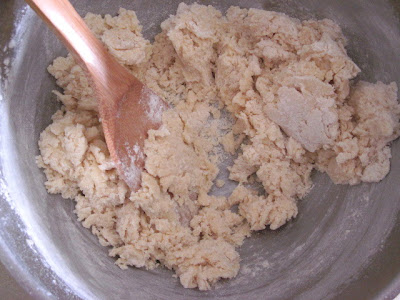 think that it looks more like unkneaded bread dough than cake batter, then add the milk. 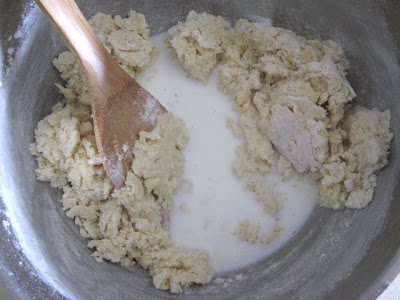 There we go, that looks better. 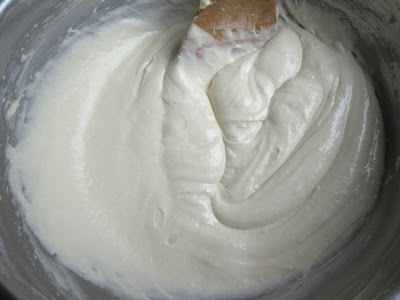 Now you just pour it into a greased 8.5" round pan 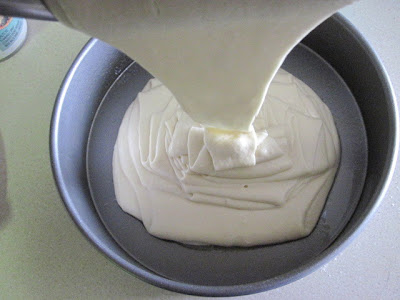 and bake at 350 till a toothpick comes out clean. 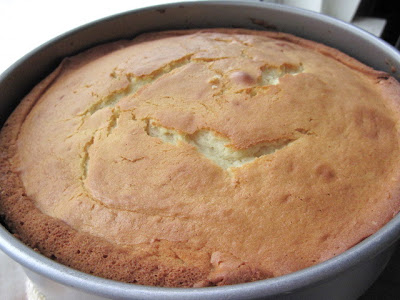 Let it cool for a couple minutes then turn it onto a rack to cool the rest of the way.

Now you may have noticed I didn't frost it or anything. That's just because when I was a kid I never did. Normal frosting wouldn't really fit, since flavor-wise it's more like a coffee cake than anything else. In fact it's an awful lot like cocoa ripple ring without the chocolate (funny, that. They came from the same cookbook.). How does it stand up to my memories? Well, it sure doesn't thrill me like it did when I was eight and it was my first solo baking experience. But now that I have some kitchen skills I can think of a couple changes I would make to it that would make it better. I have plans. Oh yes, I have plans.

Congratulations on the blogiversary! I am going on 6 months soon with my blog. It's been a blast. Great decision on the cake recipe! Looks delicious.

CONGRATULATION Bob! With one year old and already shinning! Keep up the good work, and what a gorgeous cake to celebrate your anniversary. D!

Congratulations!! That is such a sweet story. I think it's so cool that you made the same cake as your very first one. Have another great year!

Happy Blogiversary! Looking forward to what you come up with in the 2nd year :)

I remember my first baking experience...with an Easy Bake oven & my dad...The cake was great!

I remember that day so well. It was yummy cake! I try to be as patient as Mom was when my kids want to make messes in the kitchen.... I meant to tell you when we talked yesterday, Emily has started making apple pies in the microwave with buttered, smooshed white bread for crust. Interesting.

Congrats on your blogiversary! I totally forgot about mine and it passed already. The batter looks amazing! I only tried making cake by hand once and the whole time I was folding/stirring, I was freaking out about over mixing. I'm going to try it your way with the batter looking like dough and then adding the milk next time. Thanks to you, I made CCCs by hand. It was tough work..no muscles here, haha.. but so much more fun!

Happy Blogiversary! and what a great story! but I still want at least cream cheese frosting on my slice haha

Congratulations! What a great way to celebrate with a re-make of your very first cake!

Wow, 1 year...so cool, congrats!! This cake looks great w/out frosting...I prefer the cake to the frosting myself, anyway. And I really liked your story...great way to ring in another year!

Happy Blog birthday!! and that cake is delicious!

Happy one year blogiversary!! Look forward to more. I love your charming story. So sweet! Kudos to your mom.

Happy Blogiversary!! This looks like a great easy cake!

Happy one-year! Cute story. My mom very seldom let me help in the kitchen. Guess she didn't want the mess!

Hi! I'm brand new to your blog and I guess I come just in time to congratulate you on your 1st anniversary! Yay!
I love that you made the cake by hand! It looks like a nice, mid-afternoon snack!

Congratulations on your blogiversary! I started my blog, too, right after I lost a client. I'd been thinking about it for a long time, then I did it rather than freaking out and lying on my bed.

Happy one year blogiversary! Keep up the good work because I really enjoying reading it. I hope my blog makes it a year. I've been "dieting" lately so my blog is suffering. lol

I have to admit, dieting and reading your blog is not a good idea. Seeing all the yummy stuff doesn't help me stay on the wagon. :)

Congratulations on your first year of blogging! And what a perfect cake to celebrate - it has such a history. What a great story; your mom is one sharp lady!

As much as I love frosting, sometimes it really is all about the cake! 8-)

Congratulations, Bob! Your blog is fabulous! Love the cake story - your mum must be very proud.

such a simple cake but looks so delicouls. I love cakes like this.

I saw this on photograzing and mostly clicked it because your blog URL made me titter. This cake looks delicious though, especially with berries on the side maybe.