A while ago a buddy of mine came over and brought a couple mini banana breads. 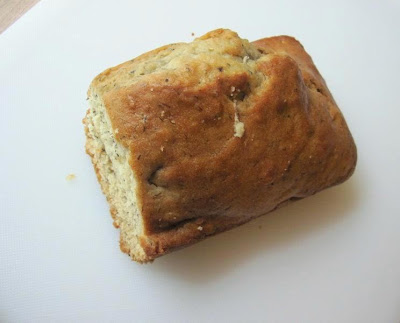 We ate one while he was here and the other on got wrapped up and, sadly, forgotten for a week. So it was pretty stale by the time I rediscovered it. I certainly didn't want it to go to waste, so I decided to make some bread pudding out of it. 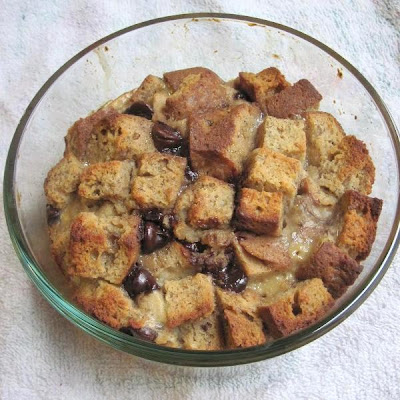 You might have already figured that out by the title. Heh.

Now, I'm not known for following recipes, especially when I'm doing something on a whim. And this was no exception. Also it was quite a while ago that I made it, I really kind of tossed it together and frankly, I don't have any idea what I did. But I'm going to post about it anyway because I have the pictures.

What I do remember is that the banana was frozen, so it put out a bunch of liquid when I thawed it. 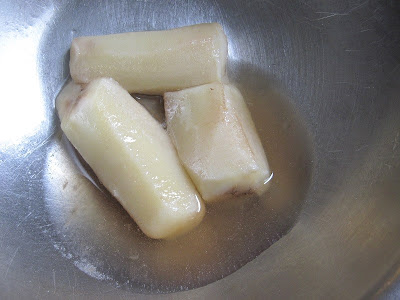 And I remember there was about two cups of bread cubes. Ah, photography. So much better than my memory. Anyway, I put it together like you would any kind of bread pudding. Eggs, sugar, milk, mixing. 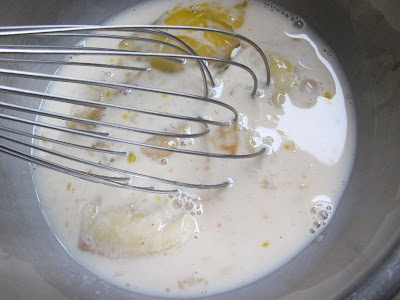 Pouring the goop, which I should have made more of, onto the bread and chocolate chips. 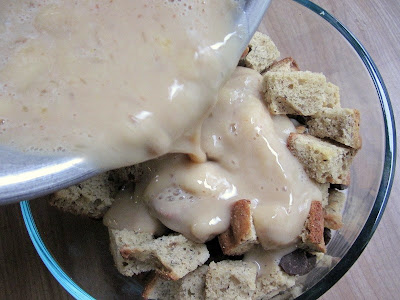 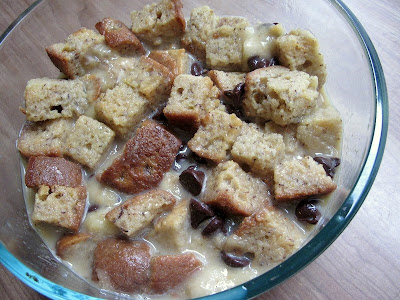 Then baking the whole thing until it's cooked through and brown on top. 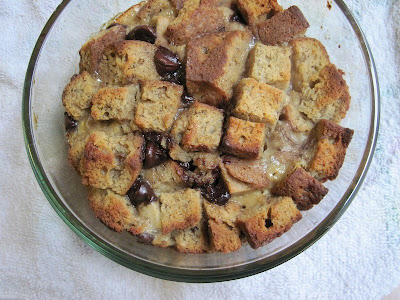 It was good, but not great. Needed more goop, like I said before. Tasty though it may be, it isn't really very pretty once you scoop it onto a plate. 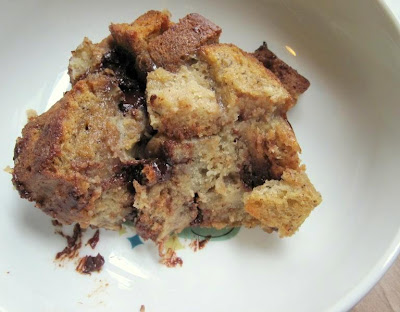 Heh. The concept is sound though and I'll be doing it again. Maybe even with a recipe.

Weird, I just went to look at the other time I made bread pudding, when I did a croissant one, and it was posted on December 23rd. Apparently something about the end of the year makes me think about bread pudding. Hm.

Anyway, I'm definitely making it again soon and I'd love some advice. Who wants to share their favorite bread pudding recipe with me?
Email ThisBlogThis!Share to TwitterShare to FacebookShare to Pinterest
Posted by Bob Labels: bread, breakfast, dessert, eggs, fruit, pudding at 12/22/2010 11:25:00 AM

I don't use a recipe for bread pudding, either. I add milk, sugar, cinnamon and sometimes cut up apples. I think the trick is to use really stale bread and soak it overnight. Using more eggs will give you more of a custard, too. I love bread pudding :)

yes i remember the croissant one! loved that one. i truly didn't know you could use a week old bread loaf--good to know as I hate to waste foods too.
want more goop or whatever you said, i think maybe an extra egg yolk might do it.

i tried this Bread Pudding recipe, its amazing and delicious.

I had made a chocolate-raspberry bread pudding a while ago. It was fantastic. I'll have to look up the recipe. I think it had coffee in it, too, maybe. It was delicious.

I cannot wait to try this recipe myself and go to the Cafe Cluny!!! So happy to be catching up with all of your exploits!