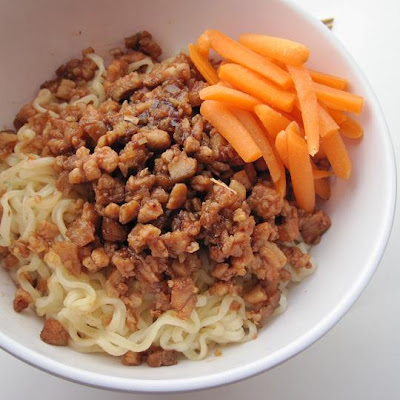 everything else:
1 package of ramen noodles
1/2 cup of chopped roast pork
1-2 tbls of boiling water from the ramen

Any fresh vegetables you happen to have, thinly sliced and blanched if appropriate. Don't blanch cucumber or lettuce, clearly.

Put a pot of water on for the ramen. Mix the sauce ingredients together and set it aside. Heat a couple tbls of oil (I like garlic/ginger infused canola oil) in a small sauce pan over medium-high heat. Add the pork and stir fry till lightly browned. Add the sauce, reduce the heat to low. Put the ramen in the boiling water and let the sauce simmer while the noodles cook. When they are done add a 1-2 tbls of the noodle water to the sauce and stir it. Drain the pasta and put it in a bowl. Top with the sauce and any vegetables you have.

I saw Ming Tsai make this (well, something like this) on his show a while ago and was intrigued. I wanted to make it but I didn't have much in the way of fresh stuff and going to the grocery store wasn't happening. So I had to do what I could with what I had on hand. I didn't have any fresh onion or garlic (I know, it's pretty bad), but I did have dried onion and garlic powder. Adequate. I always have ground ginger, hoisin sauce, soy sauce and usually at least one fresh vegetable on hand. I also often have a package or two of ramen and while they aren't really the authentic choice, I wasn't too worried about authenticity. I thought to myself, "Self, you can do this." So I did.

I happened to have some baby carrots, I quartered them the long way and set them aside. 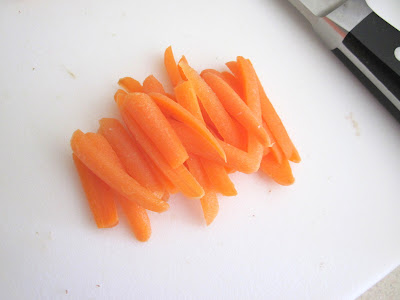 Meat was a bit of a problem. I didn't have ground pork on hand. Then I remembered that I had a simple pan seared pork chop in the freezer. So I pulled it out and defrosted it. I also think leftover roast pork, the kind you get as an appetizer from Chinese-American restaurants, would work great in this. I chopped it up pretty small 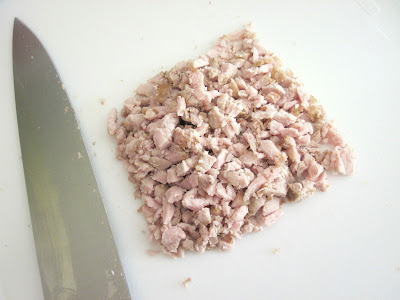 and then tossed it into a medium-hot nonstick pan that had some garlic/ginger canola oil in it. 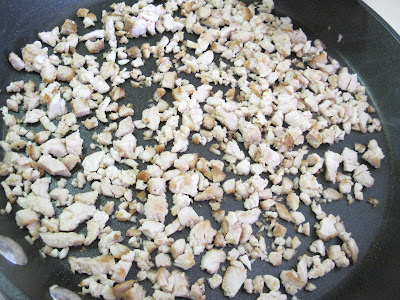 Browned it up a little bit, then turned the heat down a bit and added the hoisin 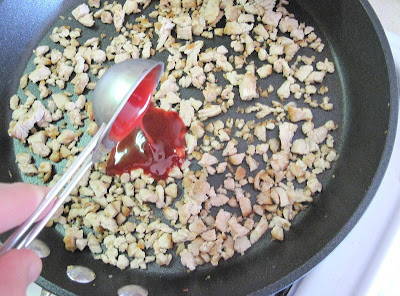 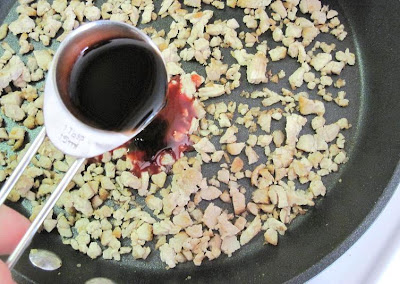 I know this isn't how I have it up top but that's because that is the better version that I came up with after doing it this way. Added a splash of rice wine vinegar, 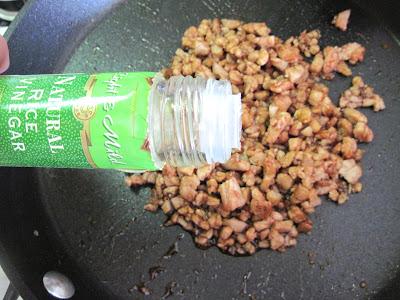 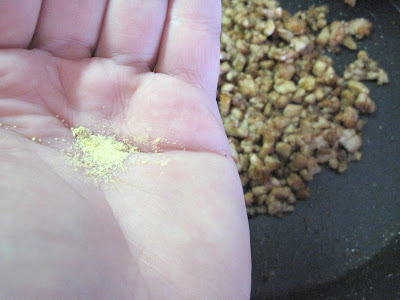 and then the minced onion. 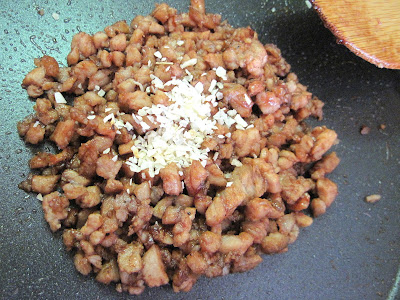 And the pepper flakes, although there isn't a picture of that. Mixed it all together 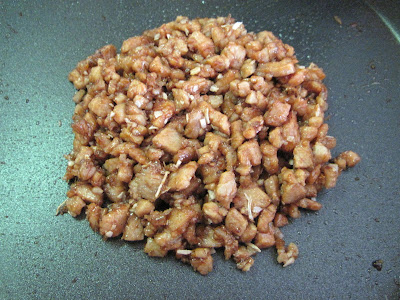 and turned it down to low while I cooked the ramen. 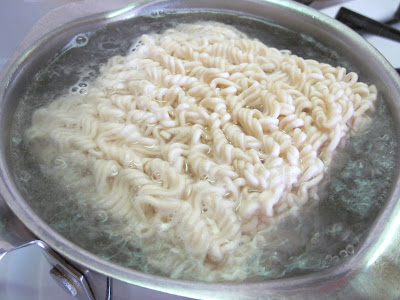 Ah ramen. At this point I realized there wasn't a lot of sauce going on so I thought I'd try adding some pasta water, like you do in some Italian dishes. 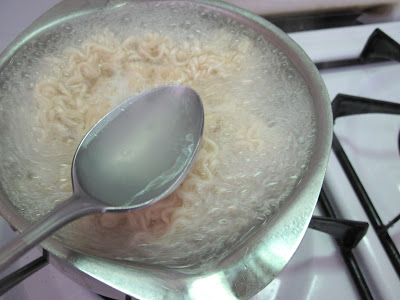 It didn't work quite how I wanted, but I think that's partly because I let it sit a bit too long and too much evaporated. Anyway, I dished the whole thing up. 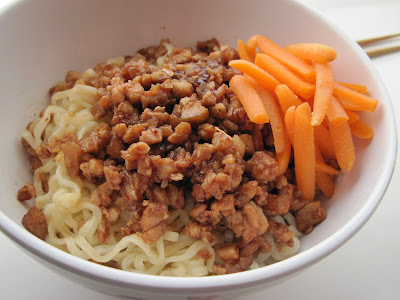 It was good. Sure it wanted more sauce, but all in all it was a good time. Sweet and a bit spicy with great texture contrast. I'm going to make it again, but planned out this time so I have proper ingredients. I don't think I've ever seen it on a menu, has anyone had it at a restaurant? It's also known as zha jiang mian and probably a couple other things too...
Email ThisBlogThis!Share to TwitterShare to FacebookShare to Pinterest
Posted by Bob Labels: asian-esque, pasta, pork, sauce at 10/07/2009 12:00:00 AM

What a wonderful noodle dish! This could be a staple in my home.

Oh, YUM! This looks wonderful. I love it that you change it as you go along. So do I.

Yum, I love a well dressed Ramen dish!
I wish we got Ming Tsai up here, I have heard great things about him.

This sounds lovely, Bob! our creativity in the kitchen is just wonderful!

Great job of making something tasty using what you have on hand!

YOW... Great use of leftovers.

I just bought some Hoisin sauce for a different recipe, and I always have pork on hand... This is my next leftover meal... Thanks

What a delightful bowl of noodles! Love the recipe!

This looks so good and so easy. Will add this to my data base. Thanks for the recipe

Natashya: No Simply Ming? Do you get any PBS up there? I'm pretty sure one of the stations I get that plays him is actually Canadian.

That's the best bowl of ramen I've ever seen!! How yummy!!!

That looks fantastic--like a great soup without the soup, and I love the hoisin sauce in there...bet it "makes" it!

I admire how resourceful you are! It's a great trait to have as a cook. What's important is that it tastes good, not whether or not you followed the recipe.

I love ramen soooo much! This looks like a great dish, Bob. I'll have to give it a try.

what a great way to use left over roast. I always get stuck with some leftover and never really know how to properly disguise it so my husband doesn't know he's eating leftovers LOL

This looks good! This pork noodle dish would be perfect for a weeknight supper. Thanks for sharing!

ive had ja jian miun many times in korea and even in nyc. its delish and its good to know it can be recreated in my own kitchen. yours probably needs more sauce, but looks quite good even without!

We order this sometimes, but it can come out really greasy!

I like zha jiang mian! Yours look very good. I like adding shredded cucumbers in addition to carrots.