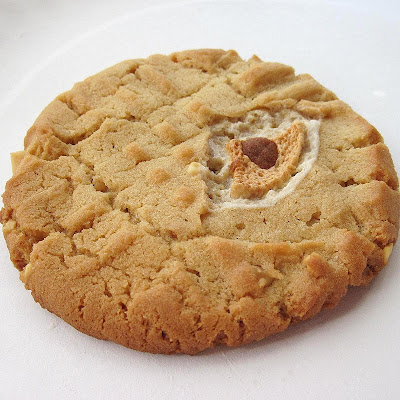 Preheat the oven to 375 and line a baking sheet with parchment paper. Beat butter and peanut butter until combined. Add the baking soda, baking powder and both sugars, beat until combined. Beat in the egg and vanilla, until combined. Beat in the flour (by hand is easiest, it will be a very stiff dough). Fold in the marshmallows. Roll generous tablespoons of dough into 1" balls and place them on the prepped sheet. Bake for 7-9 minutes, let cool on the tray for a minute or two then transfer to a cooking rack.
(adapted from BH&G Ultimate Cookie Book or UCB)

Ok, you ready? Here is the deep, meaningful back story to these cookies. I wanted to bake something and I didn't want to leave the apartment. I had peanut butter and marshmallows. That's it. I didn't even scour the nets for a recipe. I still haven't made that many cookies from the UCB, which I got for Christmas, so I decided to step away from my go-to recipe and try out their classic peanut butter cookie. The marshmallows were the only adaptation from me, but they turned out wicked good. It's a good recipe, different levels of butter (my go to has half shortening, making them crispier) and different ratios of baking soda/powder made these a little thinner. I think. Well, I know they are thinner, but I don't know for a fact that that's why. Anyway, they are quite good, I think I like the slightly chewier and more buttery flavor of all butter over half and half with shortening. Let's make these things. 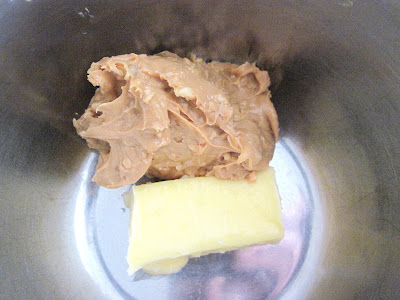 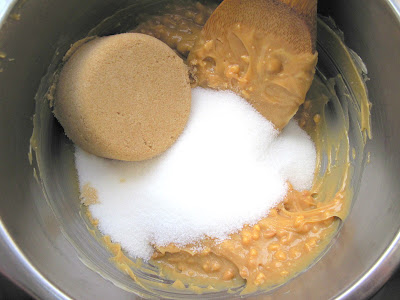 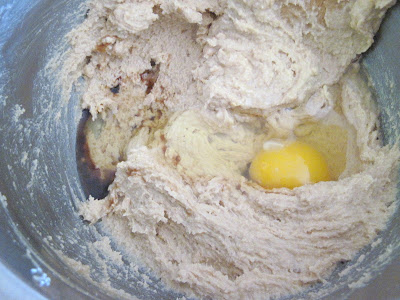 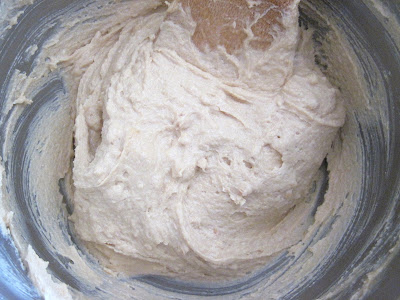 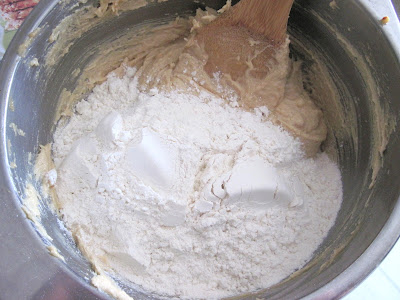 The recipe said add it a bit at a time, using an electric mixer. Once it started getting hard on the mixer it said to stop and use a spoon. I said screw all that and did the whole recipe by hand. Because I'm like that. So I just dumped it all in, mixed it up 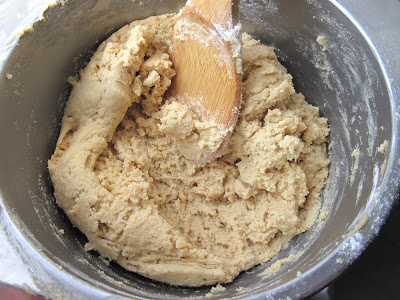 and folded in the marshmallows. 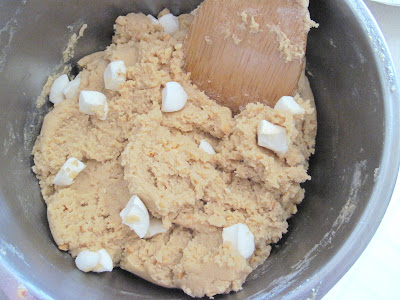 I didn't have minis, those would have been easiest. I had the bigguns and I cut them into half inch pieces. Or so. Then I rolled them into 1" (or so) balls 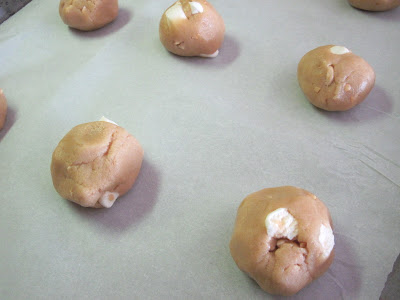 and made an attempt at crosshatches. 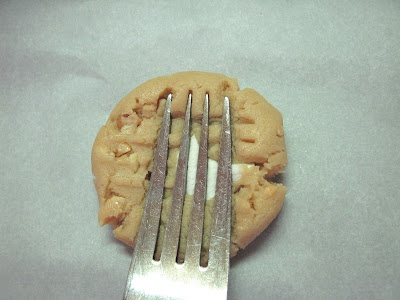 The marshmallows made that tricky, but it worked well enough. Then baked for 7-9 minutes and out. 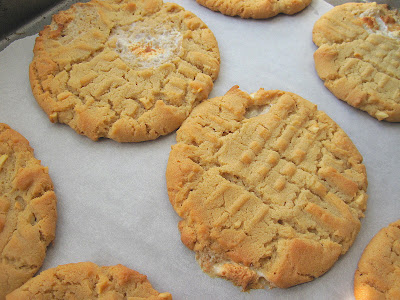 Lovely. You want to let them sit for a minute before trying to move them. Otherwise the marshmallow will be too liquid and the cookies too soft and it will just be a disaster. Crap, I should have taken a picture of that. But I ate it. Oh well. I liked the way the marshmallows toast up, it adds a nice level of flavor. So next time you want something that's familiar but a little but different or don't feel like leaving the house to get more ingredients, give these a shot. 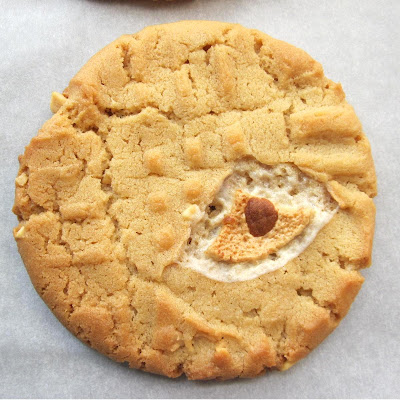 Now, when I'm making peanut butter cookies I always use chunky peanut butter. I like the texture the extra peanut bits gives. But I've known people who will only use smooth. What kind do you folks use when you make peanut butter cookies?
Email ThisBlogThis!Share to TwitterShare to FacebookShare to Pinterest
Posted by Bob Labels: baked goods, cookies, marshmallow, peanut butter, snack at 9/28/2009 02:08:00 PM

Nice, I will have to try that. I don't usually put anything in peanut butter cookies, but I always use super chunky peanut butter.

Either, Or! Doesn't matter to me, I like both ways! Good call with the marshmallows...they look all toasty and perfect.

this screams winter comfort cookie. you know that time of year when you eat lots of cookies and chili and mac & cheese? LOL how will I survive the winter when I've lost all this weight?
Oh I'm sure I'll make these bad boys.

Seriously--look. It looks like one eye is open, so the other must be...winking? Right? Or am I as nutty as that peanut butter?

Yummy yum yum!! Pass me several of those. Nice with the addition of the marshmallows. The chewy texture must be so good. All that's missing is a glass of milk.

Oh my word..these are perfect little cookies! The marshmallow just puts them over the edge

THe marshmallows are a wonderful addition. I must give these a bake.

I love peanut butter cookies! I've been making them since I was in middle school (won't even tell you how long ago THAT is LOL)...and omg...marshmallow? awesome idea. I don't really care if the peanut butter smooth or chunky...it's all good.

On many levels, I am a chunky kind of guy...These look great

Marshmallows on their own never do it for me...but melted they are so good. I never thought of putting them in cookies--brilliant!--but have watched my daughter put them in mug cake and devour them. Now I know why.

I didn't know that marshmallows can be added in cookies, and it looks like a fab idea :)

PEANUT BUTTER. Owie, I can't get that here either... bob, you're killing me! These look awesome!

What a great idea to add marshmallows! I prefer cookies that are made with all butter. Much better flavor! I'm not a fan of chunky peanut butter, though, as I don't like peanuts, so I always use smooth. Yes, I know I'm weird.

They look yummy with the marshmallows, my kids would be all over em. I am a smooth girl all the way, every way;)

PB cookies with marshmallows!!! That sounds so good, yum!

I don't make cookies very often - I like the addition of marshmallows to these... a little something extra.

oooOOooo Decadent!! I am a total chunky junkie, with nothing funky... LOL Just Peanuts and salt

Love the cookies. Smooth peanut butter...and some chocolate chips! All this studying is making sweets so irresistable right now...

Very cool idea - love the looks of these. I usually use crunchy peanut butter because I prefer the texture.

This is such a unique combo! I love it. I always use creamy, cause that's usually all I have in the house.

Great combo of flavors in your cookie recipe! thanks for sharing :)

Those cookies look so good! I like making cookies by hand.. probalby the only thing I can do by hand without worrying about overmixing! Chunky PB is the best for cookies. I love the extra texture it adds. The marshmallows are a great idea. I've always wanted to add them in cookies, but worried they might burn.

Those are so cool... it would never occur to me to add mini marshmallows!

I just picked up a kick ass cookie magazine and there are lots I want to make!

what is the UCB exactly?
are these chewier than your go-to recipe?

sweetie: Hi! The UCB is the Ultimate Cookie Book from Better Homes and Gardens. I don't recall them being chewier than my go-to, I use butter for both so they're both pretty chewy.