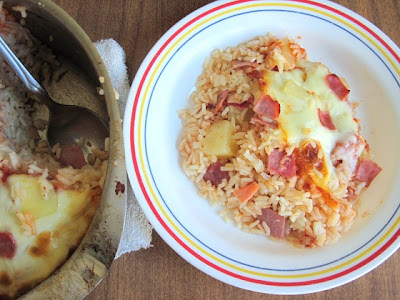 Lightly brown the ham in an oven safe pot (wide/shallow is best), transfer it to a bowl then add the juice/water or broth. Cook the rice, then add the pineapple, ham and stir, reserving some of the ham and pineapple for topping if you want. Spread the pizza sauce on top. Put the cheese on top, as much as you like, and the toppings. Bake at 425 until just browned. Eat.

Love this, it's so easy and spectacular. I got the idea when I read this post from Noob Cook (got idea=stole idea). It couldn't be simpler and it's wicked good. Wiffy uses cream of mushroom soup instead of pizza sauce, which I'm sure is lovely, but I wanted to make it more pizza-y so I used sauce. I don't see any reason that you couldn't use other things instead. You could use gravy and make it like Hawaiian haystacks, I bet that would be good. Or maybe a garlicky white sauce. Whatever floats your boat. So, shall we? Lets.

First, I took my ham and fried it up a bit. 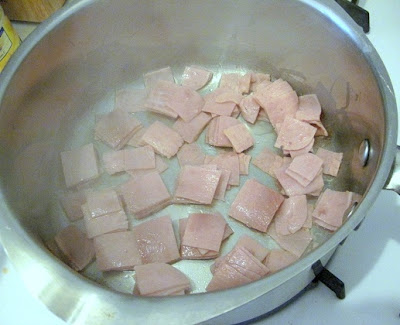 Gives it a little color and also adds some fond for extra flavor to the rice. Then I added the juice and water and let it come to a boil. 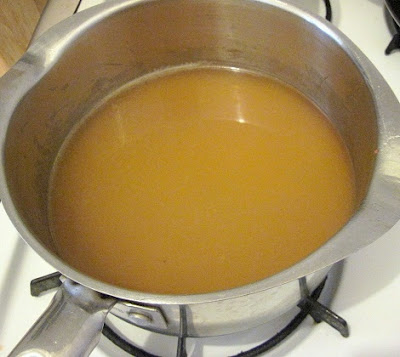 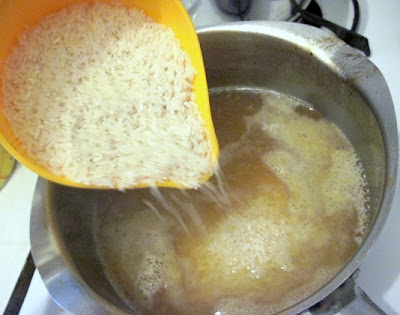 Wiffy used a rice cooker, but I don't have one. Plus this way it's all done in one pot which makes for easier clean up, which is always good. Then reduce the heat, cover and simmer until done. 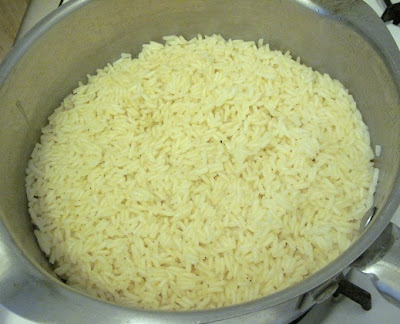 Mix in most of the ham and pineapple, leave some out for topping if you like. 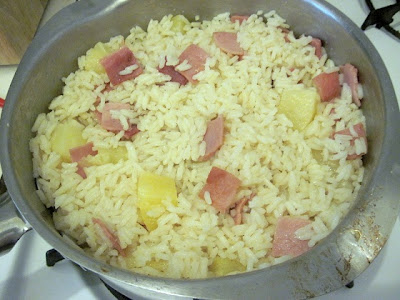 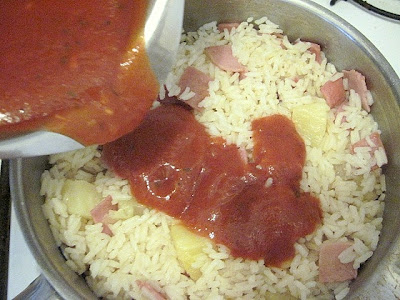 Spread that stuff around. 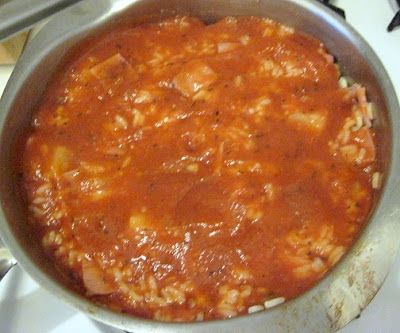 Then cheese and toppings. 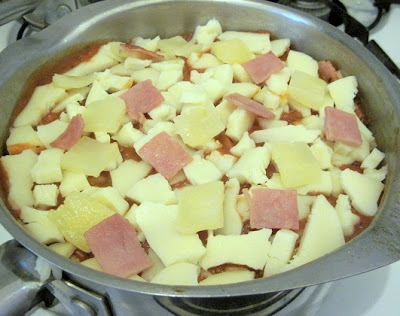 Mmm, cheese. I don't care for bagged shredded mozzarella but I also hate shredding it myself. So I don't usually bother, I just chop it up. Much easier and it works just fine. Now into the hot oven until brown and delightful. 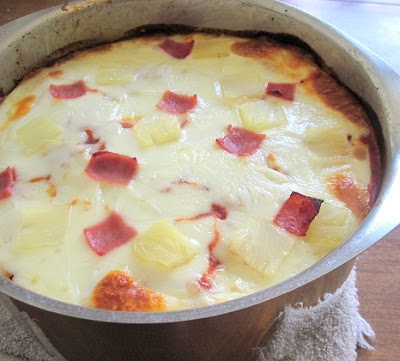 Doesn't it look good? Yes it does.

Now another part of the recipe that I changed from Wiffy's is she added garlic to the rice. 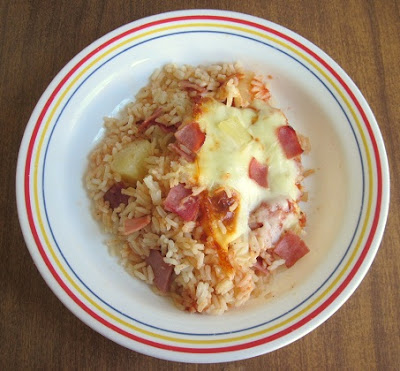 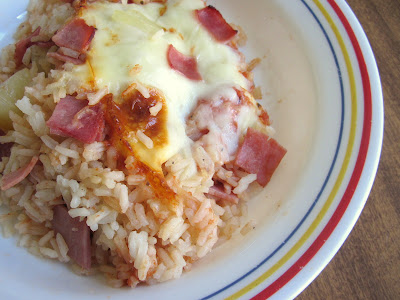 If you need ideas, stay tuned. I'm going to be making more baked rice, I enjoyed it very much.
Email ThisBlogThis!Share to TwitterShare to FacebookShare to Pinterest
Posted by Bob Labels: cheese, fruit, ham, one pot meal, pork, rice at 4/12/2012 09:00:00 AM

Hi Bob, what a great idea to use pizza sauce, I shall try it next time. I'm flattered that you tried my recipe, can't wait to see more creations :)

@noobcook: thank *you* for introducing me to the concept of baked rice. ;)