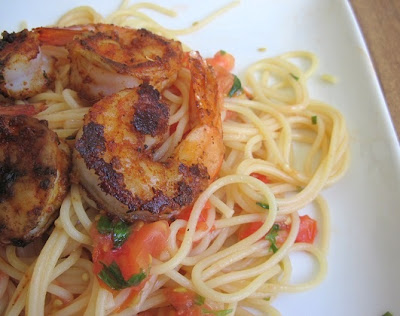 Combine the spices and dredge the shrimp in them. Heat up a cast iron skillet very hot and melt the butter in it. Put the shrimp in the skillet and reduce heat to medium. Cook for ~4-5 minutes per side, they should still be slightly translucent in the middle. For the pasta, heat up a pan on medium-high with some oil, put in the tarragon and tomatoes and stir around for a minute or so. Add the pasta and toss to combine. Serve the shrimp on the pasta, the shrimp should have enough salt for both, but you can add some to the pasta if you feel like it.

I like shrimp now. Who knew? Maybe it's my changing tastes, maybe I had just needed my culinary school graduate buddy to make it for me so it was done correctly. Either way, this was wicked good. So let's get in it, shall we? 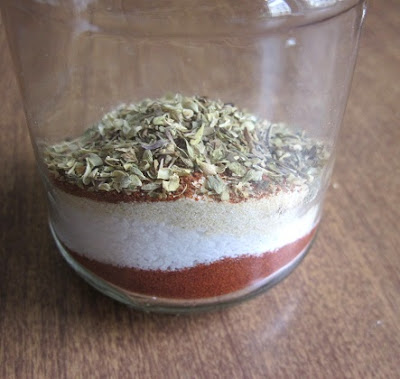 So good. Spicy without being overwhelming, strong flavors without overpowering the other stuff. I think it would be good on chicken, too. Anyway the whole process is pretty easy (especially when you're watching someone else do it so you can take pictures...), just dredge up the shrimp. 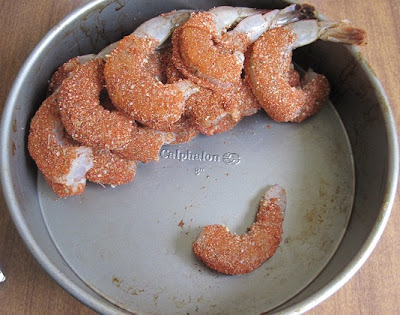 Melt a touch of butter in a hot cast iron pan. 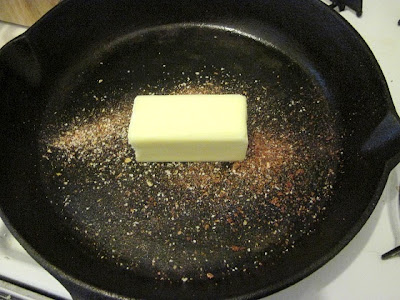 Heh. My buddy actually only used the butter for the first batch, he didn't like the way they came out when cooked like that quite as much as in a mostly dry pan. Although the butter did do something amazing. We'll get back to that. But now that your butter is melted and the pan is hot lay those shrimp down. 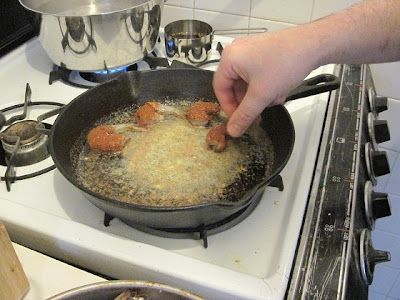 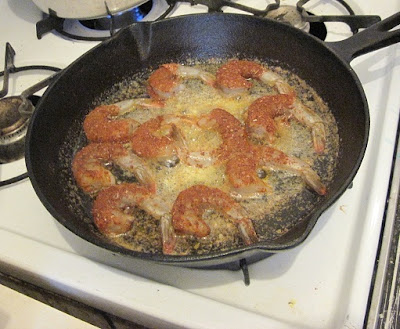 Buttery. Now while this is going on there is water boiling for pasta. I took a whole bunch of shots of my buddy making that too, but it was so steamed up in the kitchen that none came out. Unfortunate. But everything else worked out awesome. 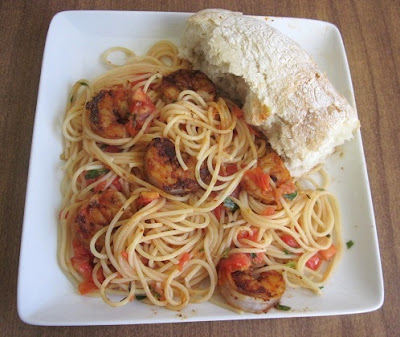 I was surprised that my buddy didn't salt or pepper the pasta, but he assured me the shrimp would add plenty and he was right. Adding more would have been overwhelming. 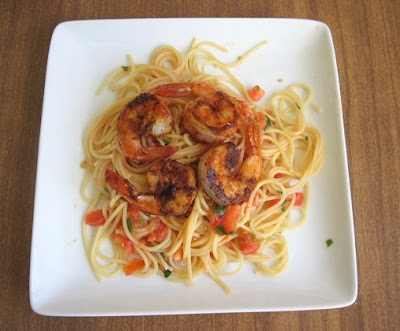 Oh and that butter he cooked the first batch of shrimp in? Yeah we kept it. For dipping. 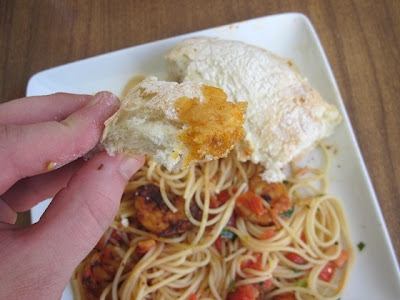 And there you have it, my first although certainly not last, shrimp post. Definitely not going to be a common thing though, fricking expensive. I kept the shells, gonna make stock with them. Hmm, maybe for jambalaya. That would be appropriate. Well, looks like I'm off to go do some research on my next shrimp dish. Heh.
Email ThisBlogThis!Share to TwitterShare to FacebookShare to Pinterest
Posted by Bob Labels: pasta, shrimp, tomato at 4/06/2012 09:32:00 AM

Looks great! Maybe we should make that when we come.