I don't know about you guys, but I often wind up taking pictures here and there or taking half a set of ones for something I'm cooking, forgetting to finish and then just leaving them on the memory card in my camera. Taking up space. Driving me nuts with waiting when I want to get anything else off of it.

That's what it's like now, so, that means it's camera cleanup time. I may not have any recipes or even know exactly what it is I made, but here are some pictures of stuff that was taking up precious, precious space.

Ok, I actually know exactly what this is. 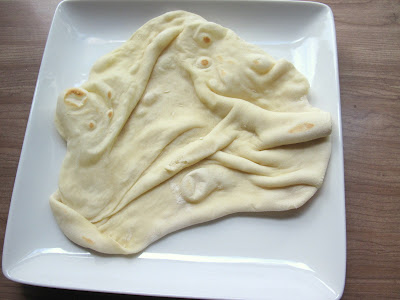 It's a failed pizza dough pita. It didn't poof, probably because I rolled it too thin and it crinkled up on the stone. 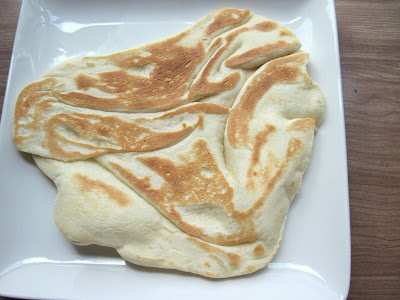 But it was still wicked good and I wrapped some chicken and corn in it. 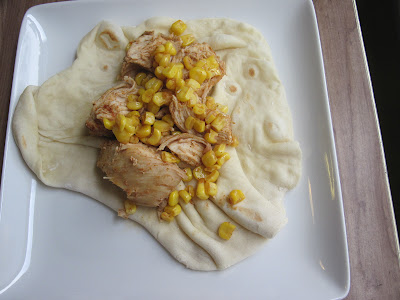 I remember that the filling was spicy... but that's really it. Hm.

Anyway, this was chili I made with some ribs that I screwed up. 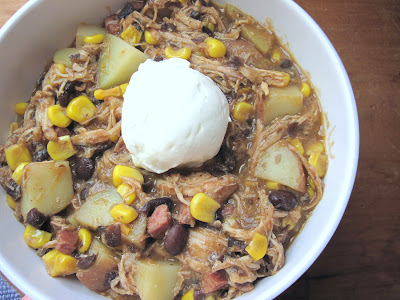 Oh man was I pissed when I pulled those out of the oven and half were perfect and the other half were ... not. The problem was one side was much thinner than the other so it cooked a lot faster. But we ate the ones that were done and I made chili with the rest. 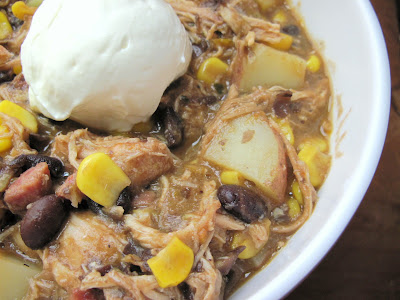 I just cut between each bone and cooked them in broth and seasoning for a couple hours, then added beans, corn, I think there's some potato in there too. It was wicked good, the bbq sauce on the ribs added a nice sweetness and the bones really enriched the broth.

So, yeah. Camera cleanup. This is going to be an ongoing series since I have a whole mess of pics that I either don't know exactly what they are or don't have a full post worth of. Plus I haven't been doing much cooking lately for one reason or another. Heh, so I suppose it's a good thing that I have all these pictures on my memory card.
Email ThisBlogThis!Share to TwitterShare to FacebookShare to Pinterest
Posted by Bob Labels: bread, camera cleanup, chicken, chili, frozen veggies, pork, potato at 1/26/2011 12:00:00 PM

I hate it when I do that. By the time I get to the picture, I've forgotten where I got the recipe, or even sometimes, what the dish was!

Dude, I have photos going back to October that I have not done anything with...yet...which reminds me, I should be posting a recipe right about now!

When I saw the title, I thought that you were talking about the need to get all of the butter smudges and flour off of my camera.