This sandwich was inspired by the steak mafioso sub at Sabatino's, a pizza place that has several locations around Boston. 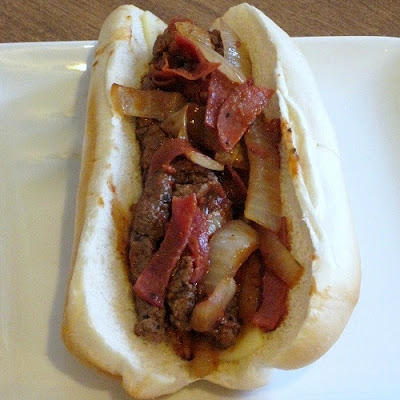 It is awesome. But my version of the sub is, dare I say it, better. For one, cube steak is better than shaved steak. I mean, really. For another, if you're doing something this Italian provolone is a better choice than American cheese, I think.

Not that Sabatino's version isn't spectacular, it is. But, like I said, I think mine's better. Here is what you need for it. 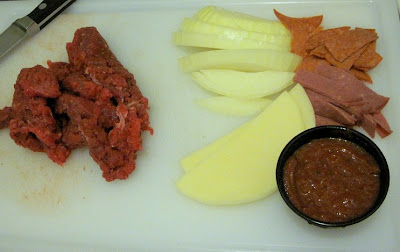 No recipe, no attempt at amounts. I'm feeling lazy today... er, I mean it's all a to taste thing. Right. So:

First things first, fry up the pepperoni and salami a bit, just enough to get some browned edges and have them put out some fat. 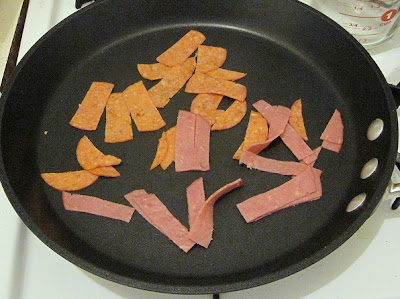 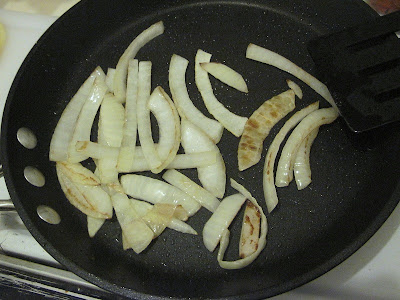 I like them nicely browned. Once they're about half done season the beef with the basil and all that, push the onions to the side of the pan and put the beef in a single layer on it. 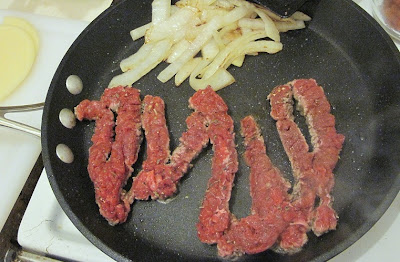 Once they're browned up on one side, flip 'em and let them almost finish up. 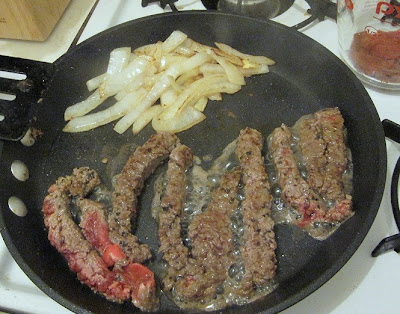 Then, add everything back in, plus the tomato sauce. 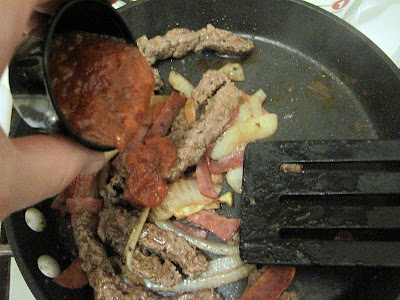 Mix it around a bit, let it sit for a minute so the flavors mingle and the beef finishes, cheese up a roll 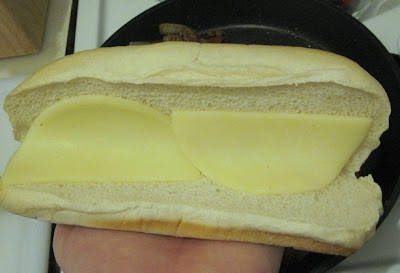 and then slap in on there. 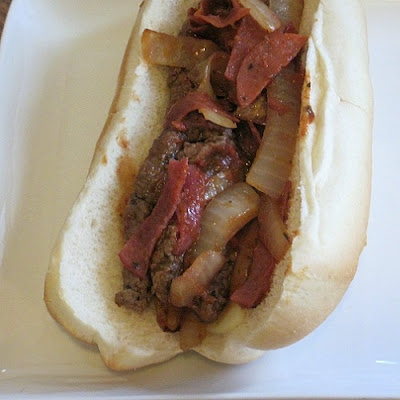 Now look at the sandwich and in your best cotton ball filled Marlon Brando voice make it an offer it can't refuse.
Email ThisBlogThis!Share to TwitterShare to FacebookShare to Pinterest
Posted by Bob Labels: beef, italian-esque, onion, sandwich, sauce, sausage at 11/17/2011 11:50:00 AM

Yeah, that is a FINE lookin' sandwich. And I completely agree with you, provolone is always a better choice than American cheese... LOL

We do something very much the same ,a very popular sandwich,just a bit pricey,the cost of the beef.Generaly topside is used.Great but makes your shopping bill a bit larger.
Kind Regards
David Head