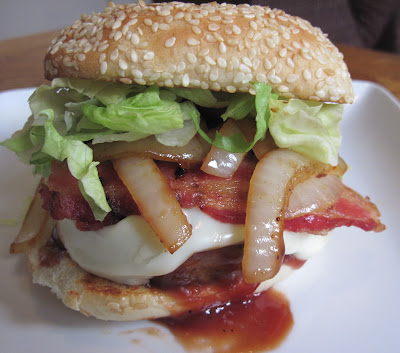 Devastating isn't it? Great for breakfast too. Heh.

Ok, who else loves chipotle? I'm assuming most hands went up. This isn't really a recipe, more of a serving suggestion. I'm also assuming that you kids all know how to make a burger so I won't hold your hand through the whole thing, just what I managed to get pics of. So. I made the burger just like I would any other. 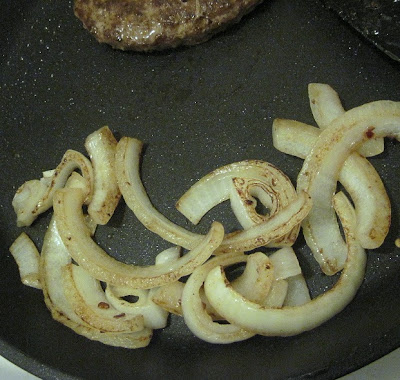 Note that for me "any other" almost invariably includes sauteed onions. Because they are the bomb. But after I sauteed the onions for a bit I splashed some chipotle hot sauce on them. 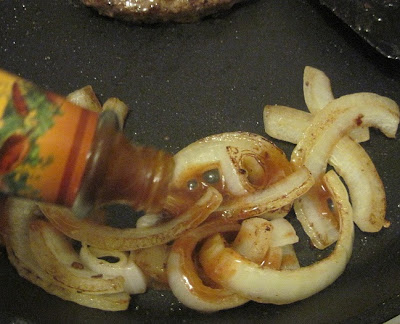 Then I stirred them around a bit more and let them sit until the sauce had evaporated or been absorbed or whatever happened. 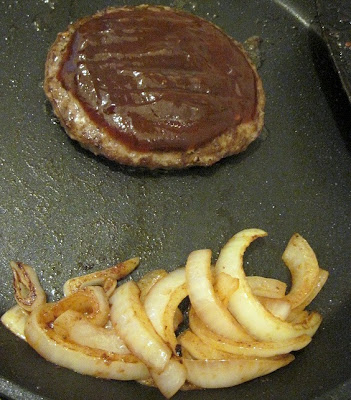 While they were doing that I put some bbq sauce on the burger which was almost done (used the fat that come off it to saute the onions. It's awesome.) and a slice of cheese. 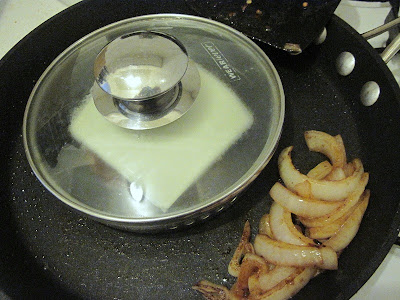 It's not a cheeseburger without cheese, you know. Pro-tip: putting something like a bowl or lid over the burger after you put cheese on it helps it melt faster. 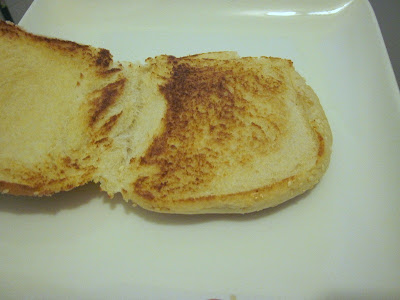 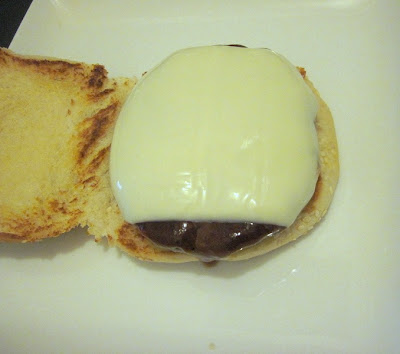 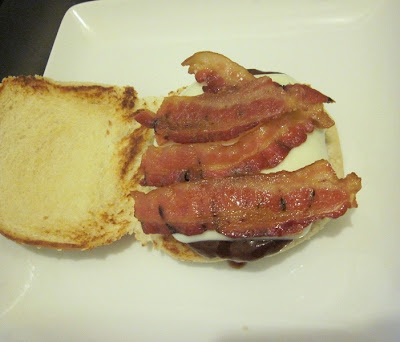 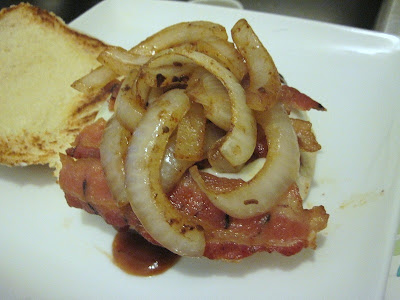 then to finish it off, a little lettuce. 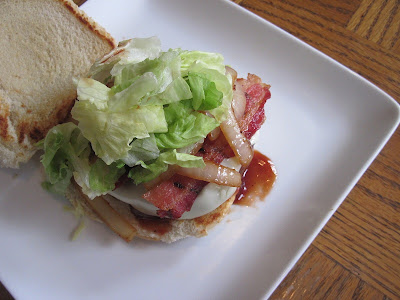 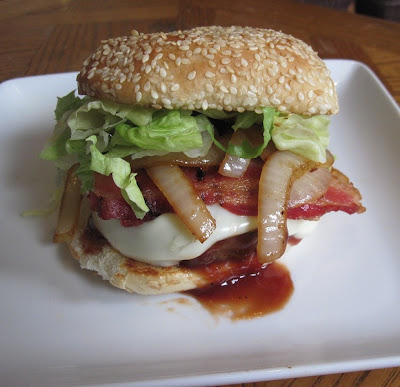 Anyway, I'm sure you could flavor up onions with any kind of hot sauce that isn't too thick. I think if you used something tomato based like bbq sauce it wouldn't coat right and might burn and stick. Or it might caramelize and be awesome. Hm. Next time. In the meantime, I strongly urge you to try this. It's wicked good.
Email ThisBlogThis!Share to TwitterShare to FacebookShare to Pinterest
Posted by Bob Labels: bacon, cheese, chipotle, hamburger, onion at 2/21/2012 09:25:00 AM

Oh that looks yummy! With all that bacon....oh mouth watering..love the bbq and onions too. Oh heck, love ALL of it!