And I had been doing so well with the posting. Such is life. Anyway, meatloaf. I made this while I was house-sitting for some friends (mostly dog sitting, really) and I tried a different way of mixing it up. I used fresh bread crumb, that I toasted. Then I mixed the chopped raw onion and garlic in the crumbs with some spices and hot sauce. 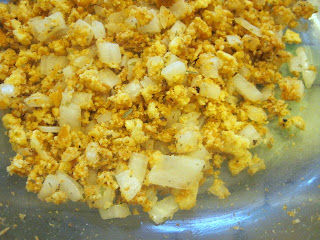 Then I toasted them again, after which I added an egg and mixed it all up. The onions put out some liquid and the whole mess became this awesome flavor base. When I added the beef I mixed it together with a knife which seems to have kept me from overworking the mixture and making it tough. 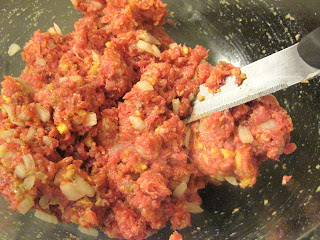 I do meatloaf free form, too, more browned bits and less grease. This is a good time. I've also found that a little hatching on it increases browning and helps glaze stick. 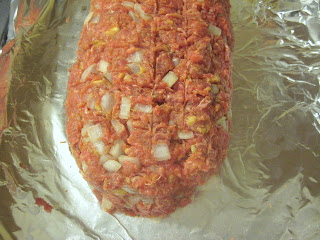 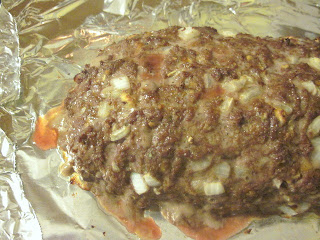 Mmm, glaze. This is ketchup, cider vinegar, brown sugar (all in about equal proportions) and more hot sauce. Oh and black pepper. 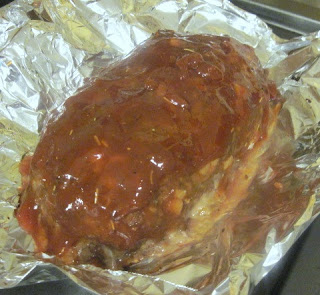 But yeah, I know it's not a recipe but the whole thing worked out wicked good. Look at how moist it is! 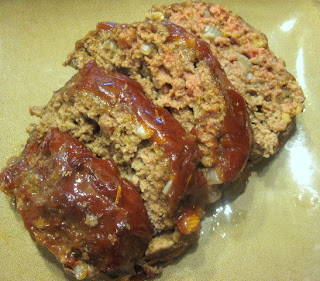 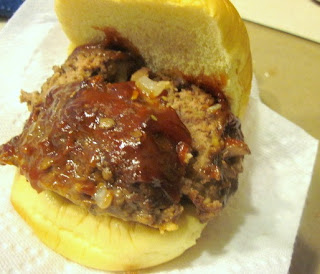 I used some of the leftovers to make mini shepherds pies, I'll cover that another time. Another cool thing about meatloaf is it freezes well, that's always nice. Anyone have any meatloaf secrets they want to share? This was awesome, but I'm still perfecting my technique and will take any wisdom the nets have to offer.
Email ThisBlogThis!Share to TwitterShare to FacebookShare to Pinterest
Posted by Bob Labels: beef, hamburger at 9/27/2012 12:23:00 PM

your meatloaf looks awesome, love your glaze. I add a little milk to my bread cubes and also a little sour cream.

LOVE meatloaf! Like the double browning of breadcrumbs. Meatloaf sandwiches are the best, too. No tricks; each meatloaf is unique when I make them!