Yeah, you heard me. Want to make tamales even better? Brown them up in a skillet. 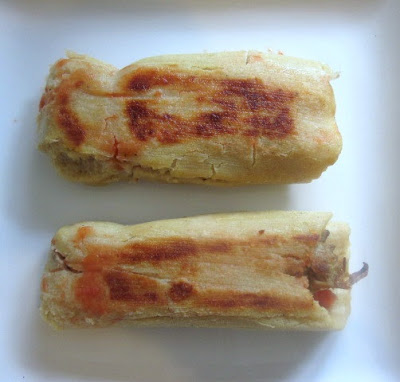 With a non stick one you only need a little oil and the crispy, corny, browned masa mixture is awesome. This is, of course, done with already made tamales. In my case straight from the freezer, which is always convenient. 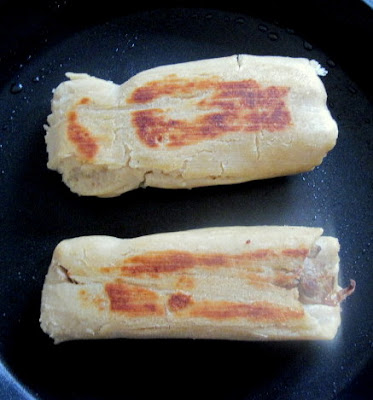 I don't think frying instead of steaming would really work well as the initial cooking. But it is a great way to thaw/reheat them, it adds great flavor. As it turned out, I was making some beans that were in a very Mexican style when I was taking these pics so I poured some of the liquid from them over the tamales after the first flip. 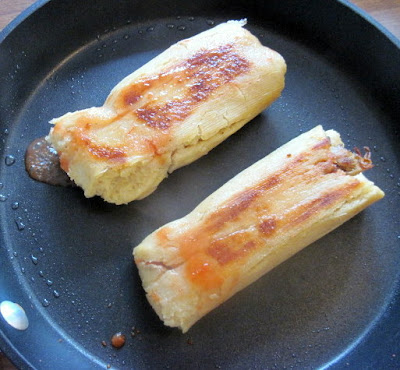 Then I poured some more on after I plated them. 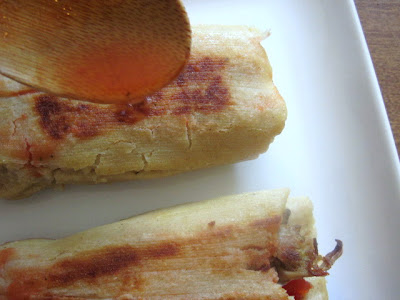 Because really, why the hell not? The ... dough? Casing? Enrobement? What is the outer layer of a tamale called, anyway? Whatever it is, it soaked up the sauce like a sponge and made something that's already awesome even better. 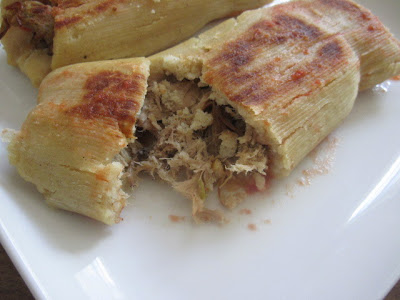 So, in closing, fry your tamales. You'll be glad you did.

what a great idea! I have some in the freezer :)

I have never had tamales....weird!

Fried tamales are the best day after Christmas with eggs

Taking your own pictures to illustrate make your site become more professional, Monica. Eating tamales with sauce isn't a bad idea. Keep up your talent.

Fried tamales are the best! I love them! Thanks for sharing this!