I feel bad. I promised things that didn't happen. So here is a repost of one of the best things I've ever done. It doesn't matter that the girlfriend I'm referring to is no longer someone whose tastes are relevant, nor does it matter that Valentines Day was some time ago. The cake speaks for itself. Chocolate usually does. Enjoy.

So I got an email a while ago from Kate of Serendipity. She wanted to know if I wanted to take part in a Valentines Day roundup where she would send me some chocolate, I would do something with it and post about it.

At first I was kind of dubious, seeing as how I'm really not a big V-Day person. I get my girlfriend flowers (which I do periodically anyway), a card, I cook her a dinner she enjoys (which I do all the time regardless), probably some champagne in there and yeah, that's it really. I didn't even do a post about it last year.

But then I remembered where Kate lives.

She lives in Belgium.

So, to recap, she offered to send me Belgian chocolate and all I had to do was make something with it? Yeah, I'm down. Completely. Always happy to take part in activities with my fellow bloggers. Heh. 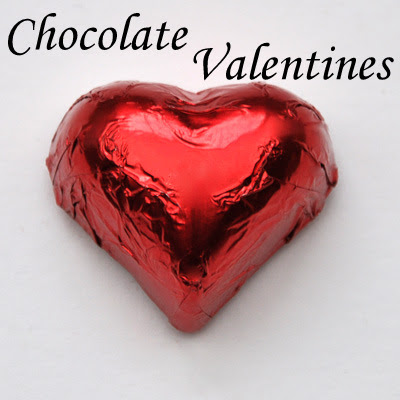 When the package came it was like Christmas. I opened up the envelope and let out a most undignified (not to mention unmanly) squeal of delight. Four bars of chocolate, two in foil and two in plastic with a sticker declaring they were artisan. 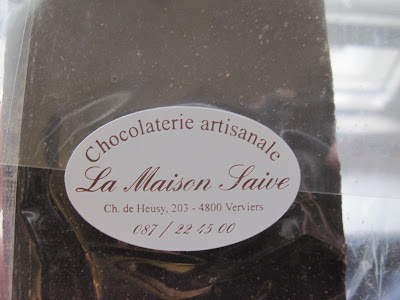 Or that's what I'm guessing "artisanale" means. Because I'm clever like that. I don't have pictures of all of them, some of it mysteriously (and rapidly) disappeared. Mostly the big bar from that artisan place. Yeah, no idea what happened that. Heh. The question was, what to do with it? What to do with it, indeed. 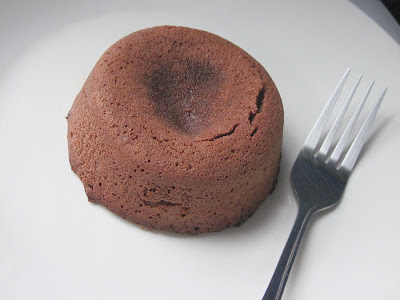 That's it. So, molten chocolate cakes it was. 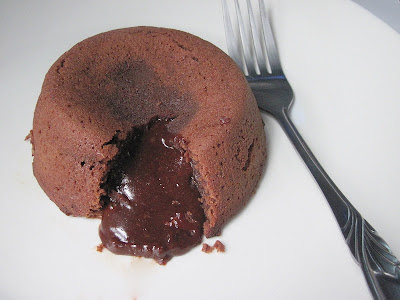 Because really, is there a more awesome chocolate cake? 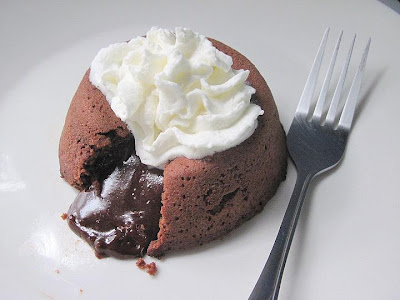 I'm not convinced that there is. Plus it's so ridiculously easy. I didn't use the same recipe from last time I posted about them, I used this one from Tasty Kitchen. It used all bar chocolate, instead of some cocoa powder, so the cakes weren't so dark. Which means my girlfriend likes them more, too. Which is good, for Valentines Day.

So thanks Kate! This was a lot of fun. Now, have you kids all been to her blog? If not you should, she takes wicked good pictures. And I'm not just saying that because she sends me chocolate. Heh.

Oh and since it is Sunday, here's Noodles. 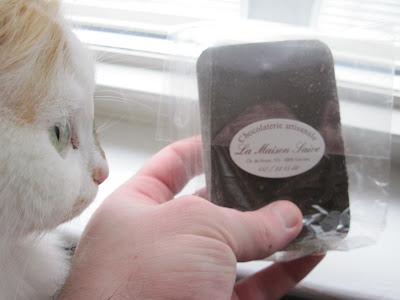 Wanting what she can't have. 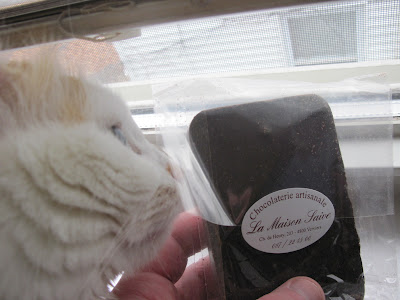 Check out what the other folks did with their chocolate, here is a link to the roundup.
Email ThisBlogThis!Share to TwitterShare to FacebookShare to Pinterest
Posted by Bob Labels: baked goods, cake, chocolate, dessert, repost at 4/05/2012 08:00:00 AM

Will have to try, yet again, another of your recipes!

Oh wow, that chocolate sounds amazing and can't go wrong with molten cakes! One of my fave desserts! Yum!

absolutely lipsmacking...you do have a variety collection of recipes here..love it..:)
Tasty Appetite